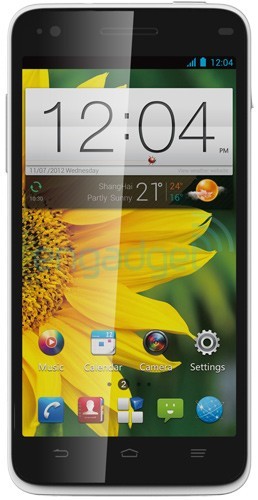 We’ve known that ZTE is also working on a 5-inch 1080p smartphone for a little while now, but it seems that the first press shot of the ZTE Grand S has now surfaced.

Not much is known about ZTE’s phone, other than they are clearly aiming at a more premium market than most of their devices are targeted at. Considering most of the announced 1080p smartphones we’ve seen have had quad-core processors and around 2GB of RAM, it is probably safe to say this will be similarly equipped.

It is confirmed at this point that the ZTE Grand S will be making the rounds at CES 2013, so we will likely have much more information about the handset at that time.