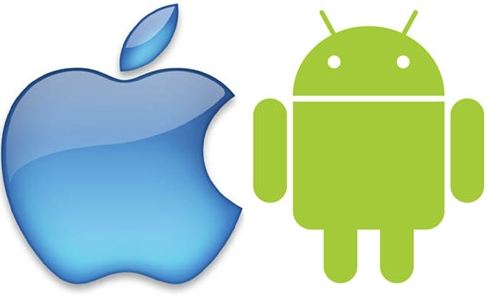 Despite Microsoft’s efforts with Windows Phone, the two biggest players in the smartphone game continue to be Apple’s iOS and Google’s Android. Just when we thought that Android was on the rise, it appears that the iOS smartphone market share is actually growing, breaking the 50% mark in the United States.

Last month, a report was issued saying that iOS had a 48.1% market share when it came to smartphones, compared to the combined 46.7% enjoyed by Android devices. The lead was slight, but it was there. Now, a more recent report is saying that the iOS market share has increased to 53.3%. The assumption is that this has to do with the launch of the iPhone 5, despite the many troubles that it has faced. Android’s market share shrank to 42% over the same period.

The outlook is that the iPhone’s smartphone market share will continue to rise in the US now that it’s broken the 50% mark. It should be noted that Android is still much larger elsewhere, though, getting 61% of the smartphone market in Europe.

Interestingly, it’s possible that Android will continue to shrink in the US as some people make the switch to Windows Phone 8. After all, it’s the same companies — HTC, Samsung, etc. — that are doing both WP8 and Android. And then there’s Nokia with WP8, too. It should also be noted that these figures are for smartphones only. It appears clear enough that the iPad continues to dominate the tablet arena for now.