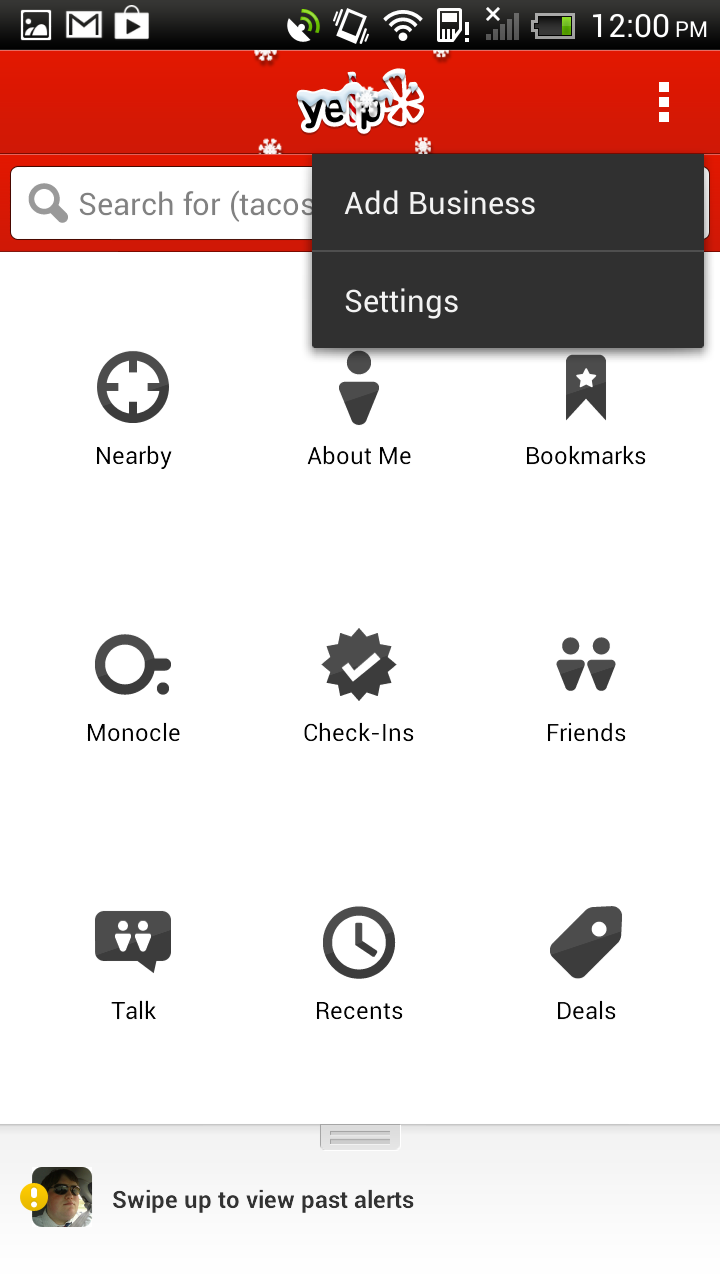 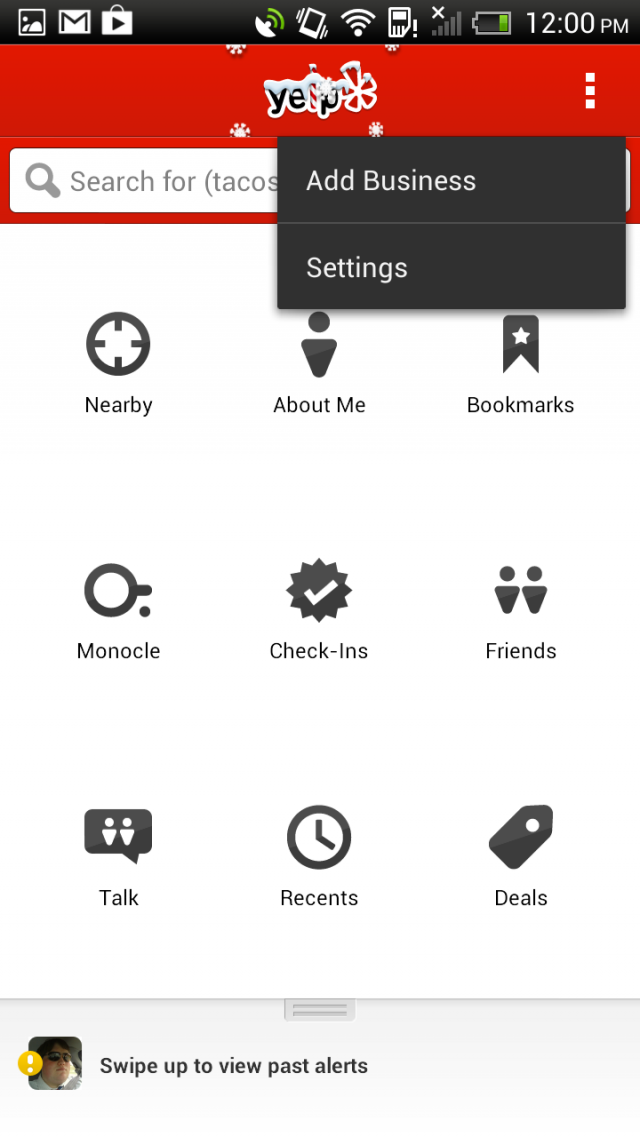 Android users who are hooked on the Yelp app will be happy to hear it has just released an update, version 3.7.  This update is just in time for all those holiday shoppers flooding the stores to share their experiences.

The biggest part of version 3.7 is the integrated action bar UI, which makes navigation much easier.  Also included is the Yelp Talk feature which allows users to talk directly with other Yelp users, giving it a more social networking vibe.  The “First to Tip” award was added for the user who adds the first tip for a business.  This new version is available now for download in the Google Play store.

Do you use Yelp, if so have you grabbed the update? What do you think of it so far?