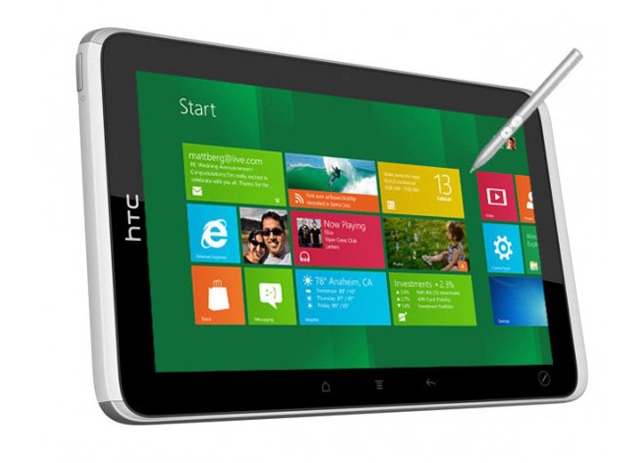 Remember when we reported that HTC was pulling out of the U.S. tablet market? At the time we mentioned that they were analyzing the market and might eventually return, perhaps with Windows 8 devices in tow.

Now Bloomberg is reporting that HTC is in works on a range of new tablets, all of which will run the ARM-only Windows RT OS.

According to Bloomberg, the devices in question are all planned for a launch sometime in 2013, likely around the 3rd quarter. There is a 12-inch version and a 7-inch version that can also make phone calls. Both tablets would be powered by Qualcomm processors.

The company also considered Windows 8, but decided that an Intel device would be too expensive for consumers and felt Windows RT was a better fit for their efforts.

It’s hard to say if all of this is true or not. Even if it is, HTC has never exactly been popular when it comes to tablets.

Can Windows RT help change HTC’s tablet fate? It is really interesting to note that if this rumor is true, the HTC 7-inch RT tablet might be ground-breaking in that there are currently no Windows RT/8 tablets in any form smaller than 10-inches.

Would you consider an HTC tablet running Windows technology or not?