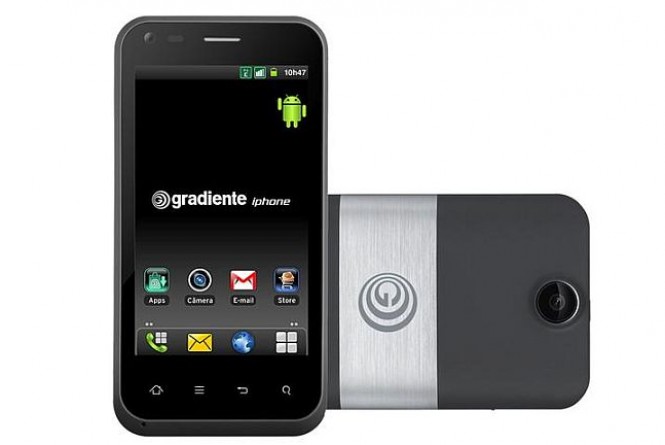 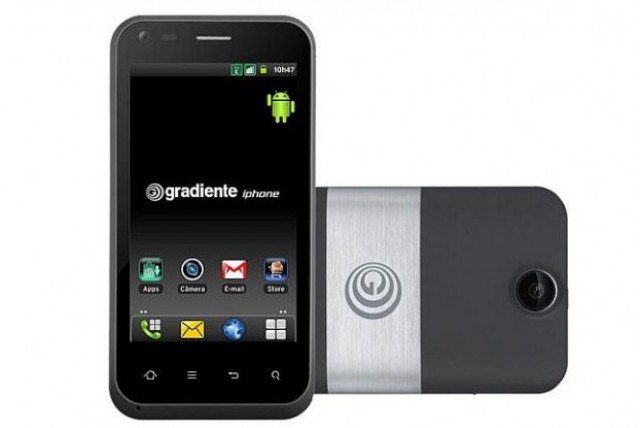 If you are headed to Brazil in the near future, be careful if you go shopping for a phone.  The Brazilian company Gradiente is selling an Android phone called IPhone.

The Gradiente IPhone has a 3.7inch screen, front and rear cameras, dual SIM slots and runs Android 2.3.4.  While we are unsure of any other specific specs of the phone, I doubt based on what we do know that they are very impressive.  The Brazilian IPhone will run about USD $285.00 without a contract.

Now before you get all upset and start throwing around words like trademark infringement, you would be interested know that Gradiente has exclusive rights to the name IPhone in Brazil.  Not only that, but they filed for the trademark in 2000, which is long before the Apple iPhone made it onto the market.

While there is no resemblance between the Gradient and Apple versions, surely there will be some that get tricked into buying the Brazilian version.