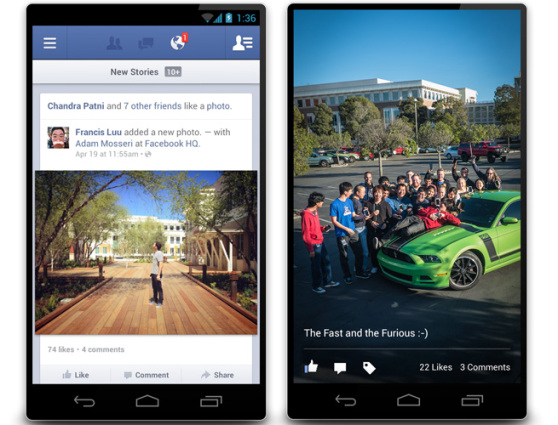 Hate Facebook for Android? You aren’t alone. The app is known for being a slow and terrible mess. The good news is that Facebook has finally recognized the problem and built a new version from the ground up. The latest update has better load and resume times, improved overall navigation and much more.

The biggest problem with the older app was that it relied on HTML5 and didn’t load with particular ease. While iOS managed to ditch the HTML5 version in favor of a native app in August, Android users weren’t so lucky.

Facebook CEO Mark Zuckerberg previously admitted that betting on HTML5 was disastrous. “The biggest mistake we’ve made as a company is betting on HTML5 over native,” Zuckerberg has said back in September. Luckily, Android finally has a native code app of its own that can be downloaded via the Google Play Store.

Have you updated yet? What do you think of the newest version?