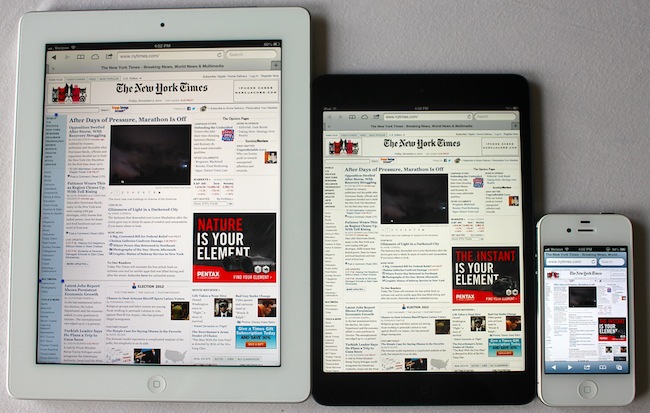 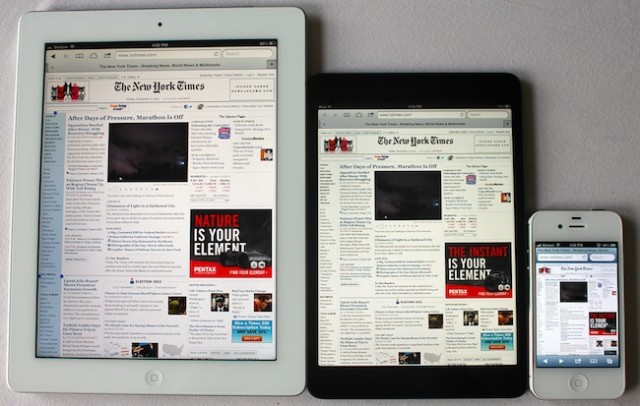 Well, this really shouldn’t come as much of a surprise. When you have customers who are interested in a new iPad and they see one for $329 and another one for $500+, they’re probably more inclined to consider the cheaper one. That’s exactly what’s happening, because the new iPad mini is gobbling up some of the sales that may have otherwise gone for the new 4th-gen iPad.

To be fair, while there are some upgrades on the new 4th-gen full-size iPad compared to its predecessor, it looks the same to the average consumer. The iPad mini, on the other hand, looks fresh and new.

This is probably affecting not only the less tech-savvy crowd too, as even those “in the know” are interested in getting a smaller iPad on the goas well. I have at least two or three friends who have already picked one up and they’re just as much into gadgetry as I am.

Sterne Agee analyst Shaw Wu is projecting holiday quarter sales of 23.5 million units for the iPad family, which is lower than his earlier projection of 25 million. This is mostly because of the supply constraints of the iPad mini, he says, because people still want to buy an iPad.

He remains very optimistic for the iPhone 5, though, projecting holiday sales in the range of 47.5 million units. This is despite ongoing rumors of an iPhone 5S in the spring.