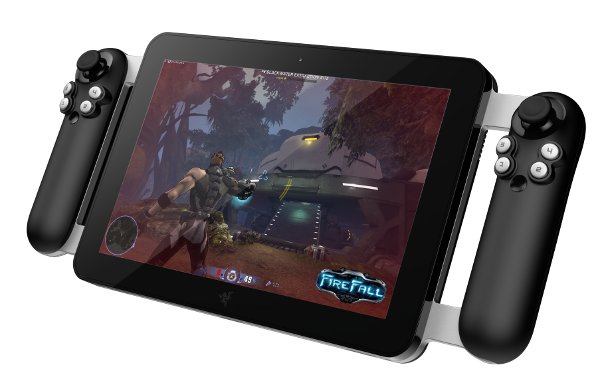 PC Gamers, listen up!  Razor has announced the Fiona, a tablet built just for you with input received by fellow gamers.  The Fiona is a hybrid tablet made for PC gaming, running on the power of Windows 8.

The Fiona features a 10.1 inch 1280 x 800 display with a full screen user interface that supports multi-touch.  An Intel Core i7 processor, 3-axis gyro, accelerometer, magnetometer, detachable controllers, WiFi, Bluetooth, Dolby 7.1 and the list goes on and on.  The system weighs in at twice that of the ipad and is also about twice as thick.

This beast will run you $1299 – $1499, a hefty price, but when you take into account the abilities of this system and the portability, it starts to sound more and more reasonable.

While there is no announced release date as of yet, it has been given FCC approval, so the release date is hopefully right around the corner.

Gamers weigh in, is this high end gaming system a must have?