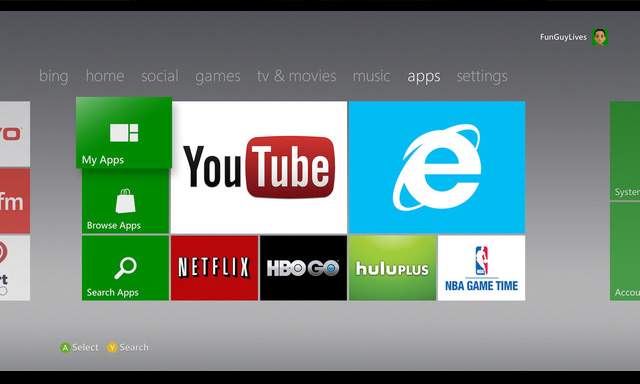 Very few gaming systems have evolved the way the Xbox 360 and Playstation 3 have. When the Xbox 360 game out, it was pretty much just a gaming system. Sure, it had a little bit of multimedia capabilities, but they were secondary at best.

Fast-forwarding to today and more users are purchasing consoles like the Xbox 360 just to get ahold of their great multimedia capabilities. Now Microsoft is taking things even further by pushing a new expansion effort that brings over forty new apps over to the Xbox 360.

Keep in mind that doesn’t mean you will be seeing 40 new Xbox apps in your area. Many of these new apps are regional. Still, this represents a huge change for Microsoft. Most of these apps have to do with movies and msuic, but some of them are about news or even cloud storage, like the new SkyDrive app. Some of the big apps include Maxim, Vimeo and MTV.

Here is the full list of apps that Microsoft is now rolling out between now and Spring of 2013:

(* apps coming to the United States in bold*)

What do you think of Microsoft’s big push into Xbox app territory? A sign of things to come with the Xbox 720? Will we even recognize the next Xbox as a gaming system or merely a “living room entertainment system?”