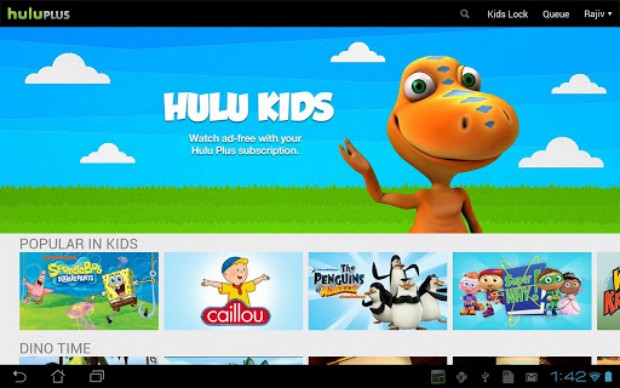 Hulu Plus just received a new update for Android today, integrating the “Hulu Kids” section into the app, providing ad-free content with kids in mind. This new feature also adds parental controls into the mix.

With more families ditching traditional desktops and laptops in favor of Android tablets, this is a really isn’t too surprising. Keep in mind this kid section has existed elsewhere for quite a well now, such as on game consoles like the Nintendo Wii.

Other changes to the app include an enhanced content discovery tray, improved video playback on select devices, and a bunch of bug fixes. Hit the link below to update Hulu to the latest version now.