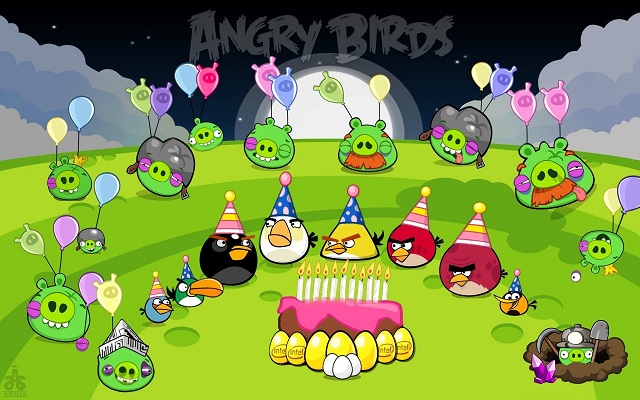 You know the old saying, time flies when you are attacking structures built by pigs– or something like that.

Can you believe it has truly been three years already since Angry Birds first hit the scene? In that time we’ve seen quite a few special editions, including the recent Angry Birds Star Wars.

To celebrate their third year of flinging fun, Rovio is celebrating their “happy birdday” by releasing 30 new levels for Angry Birds. The app has also now been updated to version 3.0.0 (coincidence? I think not).

The new levels include a big “birday cake” and two new themes. 15 of the levels are about the birthday theme, the other 15 are themed after the other Angry Birds spin-off, Bad Piggies.

So if you are ready to get in on a bunch of new levels for the iconic mobile game, this is your chance. So happy “birdday”, Rovio and Angry Birds. Here’s to another three years of revenge against those bad piggies!