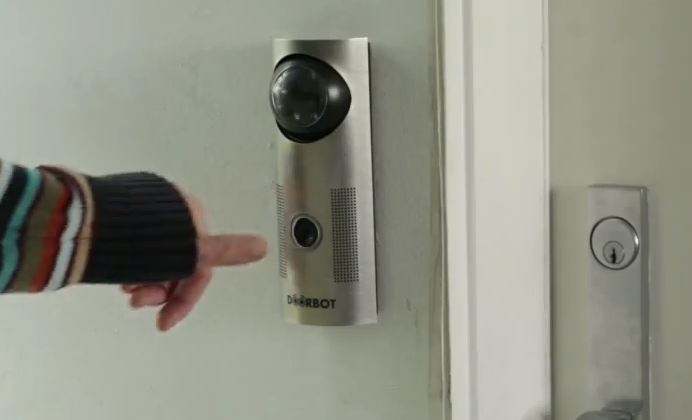 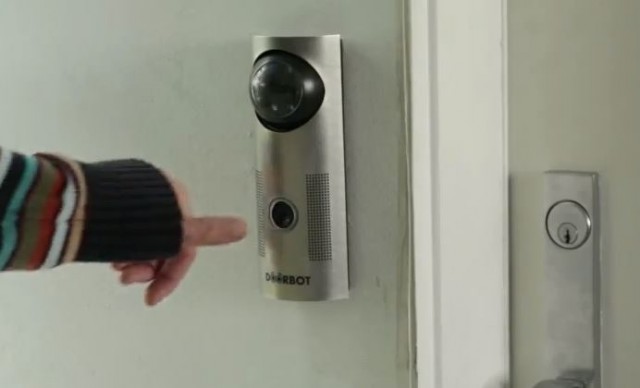 The idea behind DoorBot isn’t terribly novel. Have you ever wanted to see who was at your front door without actually going to your front door? The WiFi-enabled DoorBot is effectively a wireless webcam that replaces your front doorbell, letting you see and talk to the person at the door from the comfort of your smartphone or tablet.

Because the DoorBot is battery-powered (four AA batteries for up to one year of life) and is installed with just four screws, it can be mounted nearly anywhere. The weather-resistant aluminum enclosure adds to that idea, but I suppose this runs the risk of it being stolen too. In any case, when someone presses the doorbell button (which is wrapped in an LED light ring), you get a notification in your accompanying smartphone/tablet app and you can get a live video of who’s at the door.

There’s two-way voice communication and the DoorBot app integrates with Lockitron too. So, if you want to unlock the door–assuming you have a Lockitron installed on the same door–you can do that right from the app too. Realistically, you could almost accomplish the same thing with an IP camera, except you wouldn’t get the SMS-like notification when someone hits the doorbell.

Inventor Edison Junior has a fairly hefty funding goal of $250,000 through its Christie Street campaign with about a month and a half to go. Pledge $169 to score a preorder on a DoorBot or $319 to get a DoorBot bundled with a Lockitron.