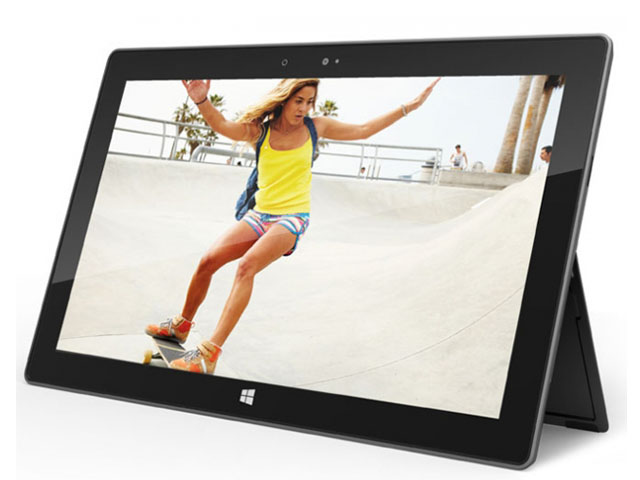 With the Microsoft Surface RT out on the market for over a month now, one can only wonder how many Surface’s were sold. Reports for Q4 range from under 500,000 to over 1 million. These numbers are minuscule compared to the iPad (1 million in the first 28 days) and still tiny compared to the Nexus 7 (around 1 million sold per month), but keep in mind that this a new ecosystem with a limited retail presence.

Right now, you can only find the Microsoft Surface RT online or at a Microsoft Retail store. Keep in mind, there are only 32 Microsoft Stores worldwide.

According to Windows IT Pro, Microsoft is bringing the Surface tablet to many more retail stores in America and across the globe very soon. Originally Microsoft had planned to up its retail presence sometime in early 2013, but now reports are coming in suggesting that they want to speed this up and expand to non-Microsoft retail environments in just a matter of days or a week at most. The idea here is that they will be able to get in on the last minute holiday shopping that takes place in early and mid-December.

With the addition of major retailers to the Surface distribution system, sales have the potential to increase. Furthermore, it would allow for prospective buyers to go and test the Surface before they shell out $500+. Personally, given that the iPad shares the same price tag, being able to try it out at Apple stores is a big advantage over the Surface tablet.

Do you think the Microsoft Surface Tablet lives up to its $500 price tag? Will or have you purchased a Surface Tablet? Let us know in the comments below.