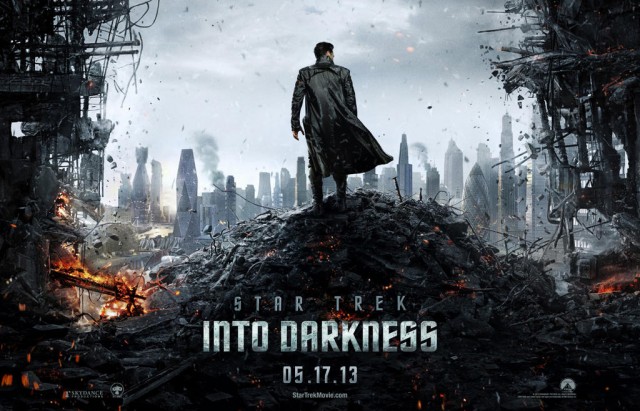 Paramount recently dropped 78 seconds of Into Darkness online. The trailer comes to us over 6 months before the film’s opening date (May 17, 2013). Take a look:

“After the crew of the Enterprise find an unstoppable force of terror from within their own organization, Captain Kirk leads a manhunt to a war-zone world to capture a one man weapon of mass destruction.” says IMDB.

There are a few things to note from the trailer. First, the trailer starts in what looks to be a funeral scene. Who died? Secondly, who is the villain in Into Darkness? Rumors have Benedict Cumberbatch’s role being Gary Mitchell or Khan. However, nobody really knows for sure.

Are you excited to see Star Trek Into Darkness? Will you be going to see IMAX screenings of The Hobbit to catch the full 9 minute trailer? Let us know in the comments below.