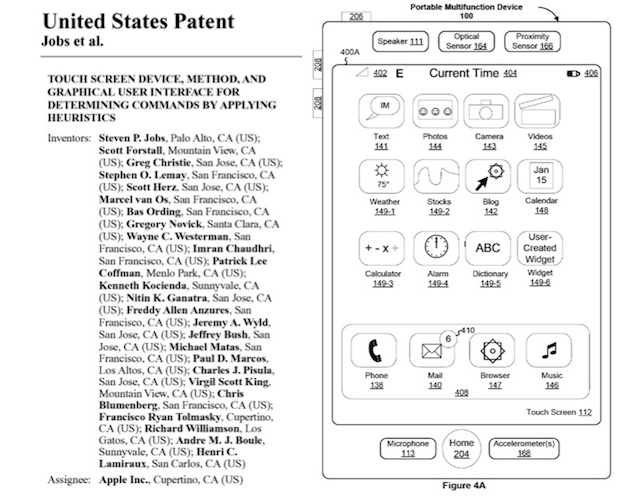 It seems that the USPTO has now re-examined Apple’s touch-screen patent first filed in April 2008 and granted nine months later. Based on a further look, the USPTO has now decided that 20 claims from the patent are invalid.

This patent has often be referred to as the “Steve Jobs” patent, even by Apple lawyers. This very broad patent covers functionality that has to do with multi-touch screens and was actually leveraged in the Apple versus Samsung U.S. trial and an ITC dispute with Motorola.

It is worth noting that this is preliminary ruling, and is non-final at this point. This is also the second Apple patent to be tossed out, with late October’s decision to invalidate the rubber-banding bounce effect patent.

What do you think of the USPTO’s preliminary decision? Should the patent be thrown out or not?