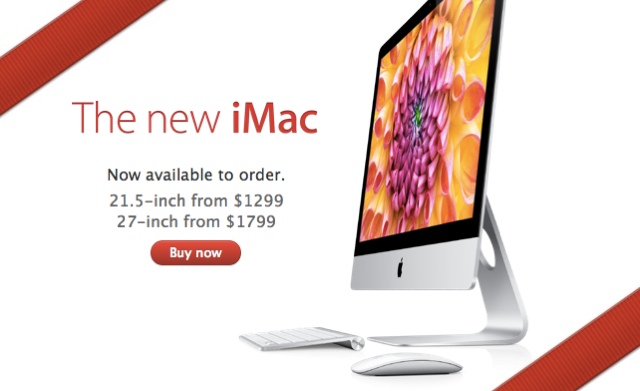 In an interview with NBC’s Brian Williams this morning, Tim Cook revealed some new information about the future of Apple’s manufacturing. More specifically, he said that “We’ve (Apple) been working for years on doing more and more in the U.S. Next year, we will do one of our existing Mac lines in the United States”.

This interview came soon after some consumers realized that their new iMacs were “Assembled in USA”. Although Tim Cook did not specifically say which of the Mac products will be making the move to America first, we now have reason to believe that he is talking about the iMac.

Keep in mind that Apple has no manufacturing plants in America. Therefore, we assume that we can look forward to Apple breaking new ground on a facility sometime soon.

As of now, the switch will only pertain to one product line. However, it would not be surprising to see Apple become a much larger manufacturing presence in the United States. On the other hand, we would be shocked if Apple did not keep the majority of its manufacturing in East Asia with Foxconn to fuel China’s growing mobile market, and to also allow Apple to maximize profits by using cheaper labor.

Would you like to see Apple assemble more of their products in America? Let us know in the comments below.