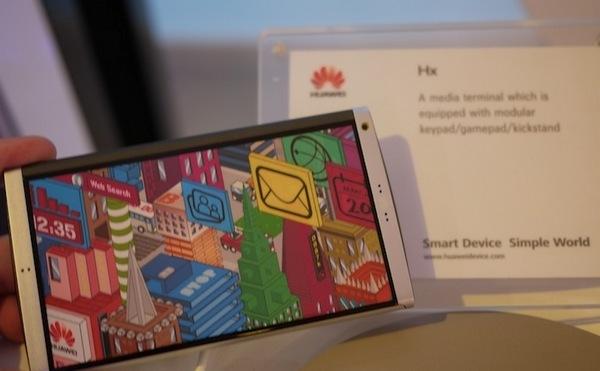 Think that the Samsung Galaxy Note 2 is already pretty massive with its 5.5-inch display? The Note 2 is quite tiny, at least when compared to the rumored Huawei Ascend Mate, which is said to be a massive 6.1-inches.

Rumors are all well and good, but how do we know that such a device is in the works? While we can’t definitively say that Huawei is preparing a 6.1-inch device, we now have confirmation that they are in fact working on a “phablet” type device that will directly compete against devices like the Galaxy Note 2.

The confirmation comes from Hauwei’s SVP, Yu Chengdong, who took to his Weibo account to announce that the company will release a large-screen smartphone in early 2013. The Weibo update was actually sent from a Galaxy Note 2. Chengdong says he wanted to try out the competition in order to compare his experience to that of the upcoming rival device.

We don’t really know much officially, but Yu does tell us that the device will offer a “cooler” industrial design, a thinner bezel, and a stunning display. Basically Hauwei is supposedly going to beat out the Note 2’s specs in every way, or so it sounds. If Hauwei is in fact going for a very thin bezel, they might be able to pack a 6.1-inch screen into a body that isn’t much bigger than the Note 2.

If the Huawei giant smartphone can actually match or exceed the specs of the Note 2 while offering a bigger screen and possibly their own stylus, Samsung might actually have some real competition at hand. This device certainly seems to be more of a threat than the LG Intuition has been thus far.

Being such a large and premium device, it could also very likely find its way to many of the world’s major markets, including Europe and the United States.

Would you consider such a device if it can in fact deliver similar or better performance to the Note 2 without adding much extra bulk or size?