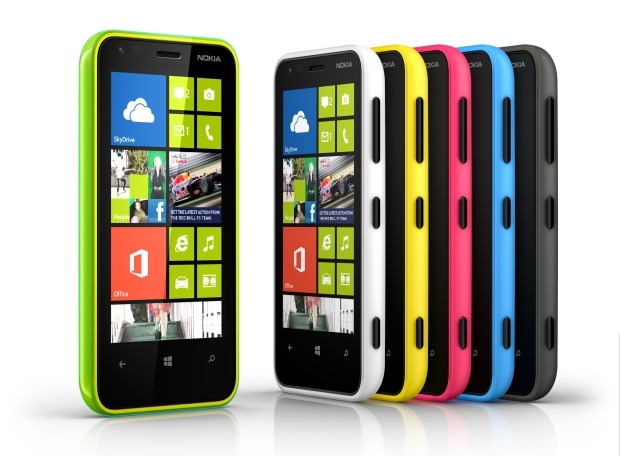 With the recent launch of Windows Phone 8, Nokia has seen a great deal of initial success with the Nokia Lumia 920 and Lumia 820. In order to keep the ball rolling forward, the company has also now announced a third member to its Windows Phone 8 family, the Lumia 620.

As you might have guessed, the Nokia Lumia 620 is a budget phone with a suggested price of around $250 without contract. Don’t let the low price or word “budget phone” fool you, though.

The biggest weakness spec-wise is the screen, which has just a 800×480 resolution and is just 3.8-inches. Still, some people like smaller screens believe it or not, and the resolution might not matter that much to everyone.

Another unique feature for the Nokia Lumia 620 is that it will come in wide range of color “shells” that can be fully interchanged, meaning you can constantly make your phone look very different. Colors include lime green, orange, magenta, yellow, cyan, white and black– though not all markets will get the full range of colors.

Now for the bad news for those of us in the United States. The Nokia 620 will first in the Asia-Pacific region, then the Middle East and Africa from January 2013. Shortly after, Canada and Europe will see the phone as well, but there is currently no official mention of the device coming to the United States.

Does that mean that the United States won’t see it? Hard to say for sure. It is coming to Canada, so it is certainly possible that a US launch will eventually be announced as well. What do you think of the Nokia Lumia 620, would you consider purchasing it if it rolls around to a market near you?