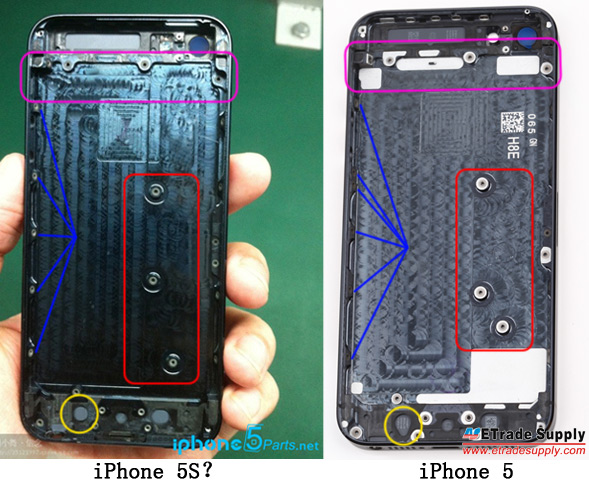 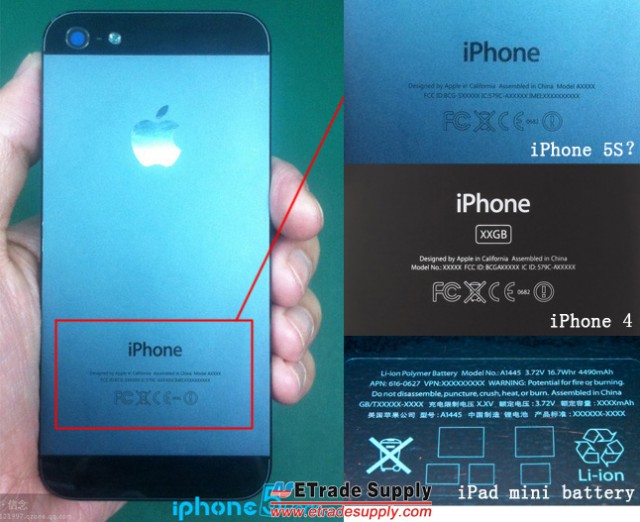 The iPhone 5 hasn’t been out very long, but that’s not stopping rumors of the so-called iPhone 5S. Now it seems that a new set of leaked images have hit the net this morning, claiming to be the first shots of the next iPhone.

The images originally leaked courtesy of iPhone5parts.net, and shows a design that is very similar to the iPhone 5, but has a few parts of the housing slightly tweaked, such as screw placement. The model number and FCC ID have also been replaced with placeholder info, suggesting a prototype.

Rumors currently suggest production for the iPhone 5S will begin in December, with a summer 2013 debut. With that in mind, these have a chance of being the real deal.

What do you think, is this the real deal or not? Are you excited about the Apple iPhone 5S or not really that interested?