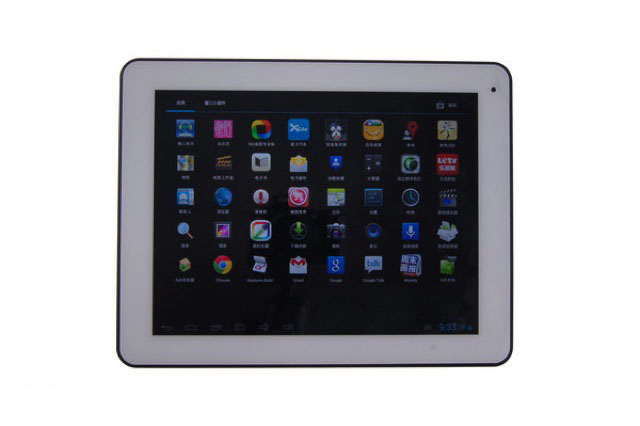 The third generation iPad might have been the tablet to make Retina displays the thing to have, but it’s not the only device to offer all those eye watering pixels anymore!

The rest of the hardware isn’t too bad either with the 97RT boasting dual cameras, 16GB of built-in memory, micro SD card reader, 1 x USB, micro USB and even a HDMI out!

Prices haven’t been announced yet, but expect the Chinese retail price to be around 1200 Yuan ($200), while those of you in the rest of the world might be looking at closer to $250.