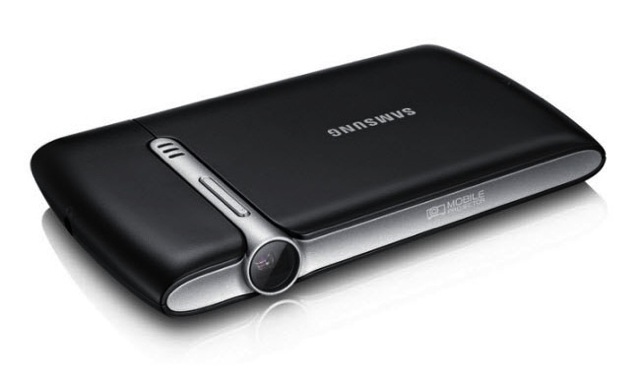 Samsung has decided that every pocket needs it’s own projector, and so the company is launching a nifty looking Beam Projector.

Rather than shoehorning a miniature projector into all of their phones, Samsung has decided that there is enough demand to warrant producing a handheld projector which can link up to your current gadgets and turn any wall in to a cinema screen.

While Samsung hopes you will be using the new Beam Projector with their Galaxy phones, tablets or players, they have been courteous enough to allow it to work with any device which supports MHL/HDMI.

So what about the specs? Well a 20 lumens bulb should generate enough light to project your Christmas movies on the living room wall while a 1650mAh battery should see at least a few hours of use.

Unfortunately (yes, there has to be an “Unfortunately”) the Samsung Beam Projector seems to be headed for the Korean market only, and no news of a worldwide launch has been announced at the time of writing.