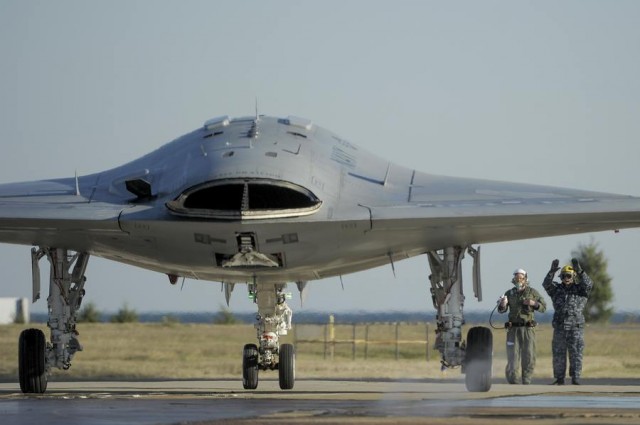 Last Thursday, the U.S. Navy completed their first steam launch catapult with the X-47B pilot-less aircraft. The same catapult system is what will help this aircraft take off from aircraft carriers in the middle of the ocean.

After watching the video (below), it seems like the ground controllers were very happy with the successful launch. In addition, for a pilot-less aircraft,  the X-47B took off and landed flawlessly.

Un-manned aircraft and drones have become very popular in the military. Now that they can successfully take-off and land with the aid of slingshots, the sky (and ocean) is the limit for drones.

The X-47B will make its first sea trials aboard the USS Harry S. Truman. Sometime in 2013, the U.S. Navy plans to catapult and recover the prototype aboard aircraft carriers.