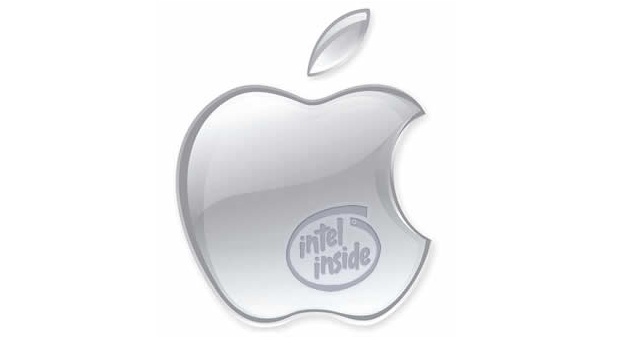 Could future iPhone and iPad devices be powered by chips built by Intel? A new rumors seems to suggest so. With Samsung and Apple’s relationship becoming so distant, it is possible Intel could extend beyond providing Intel processors for Apple’s PC efforts.

There is a catch though. According to RBC Capital Markets, Apple wants Intel to build chips designed in-house by the Cupertino-based corporation using the ARM architecture, not X86. Why in the world would Intel, an X86 chip maker, want to do that? The keys to the iPad, that’s why.

While the PC market is reportedly shrinking, Apple’s iPad (and non-Apple tablets for that matter) continues to see strong growth. The rumor is that Apple will have Intel produce ARM chips for the iPhone 5, but the iPad will make a switch to Intel.

The idea here is that ARM is more power efficient for a smaller smartphone design, and yet Intel chips are more powerful and could make the iPad more effective as a desktop/laptop replacement going forward. On the downside, dual architectures can also be tricky to handle.

Still, Intel-based Android smartphones are said to handle almost all apps on Android, even though most Android devices run on ARM processors.

Besides RBC Capital Markets, CNET claims another source has backed up the idea of Intel and Apple coming together with Intel as a foundry for Apple’s future chips.

The source says that such a plan has been in “talks” for about two years, but recent Samsung-Apple relations might have pushed Apple to make this big move.

What do you think, is there any possibility this is all true or nothing more than a rumor?