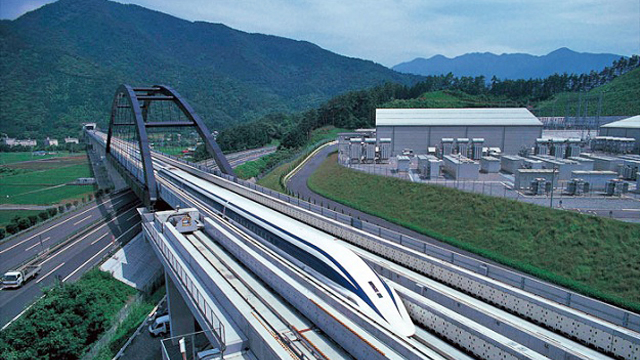 Central Japan Railway Co (JR Tokai), the company behind Maglev (Magnetic Levitation), has revealed their new Series L0 prototype. The train is based on magnetic levitation technology and a long aerodynamic nose.

Magnetic Levitation works by varying simultaneous magnetic fields that attract and repel the magnets in the train. Furthermore, due to the opposing magnetic fields, the train levitates a very small amount above the guide. Thus, maglev trains do not depend on friction for acceleration.

At 311 mph, the Series L0 train will go from Shinagawa Station to Nagoya in 40 minutes. On the other hand, it takes 90 minutes for a normal bullet train to make the same trip. With 16 cars in total, the prototype will hold about 1,000 commuters.

Even though magnetic levitation has been in development since the beginning of the 20th century, the Series L0 train is set to go into use in 2027. Additionally, the tracks are set to be extended from Tokyo to Osaka by 2045.

What do you think of Magnetic Levitation-based train technology? Is it the wave of future, or will something even better eventually come along?