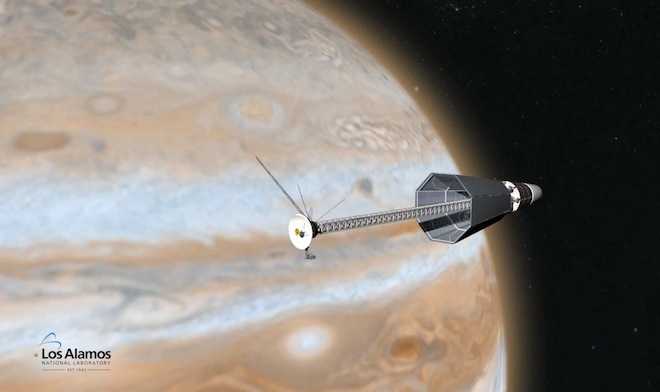 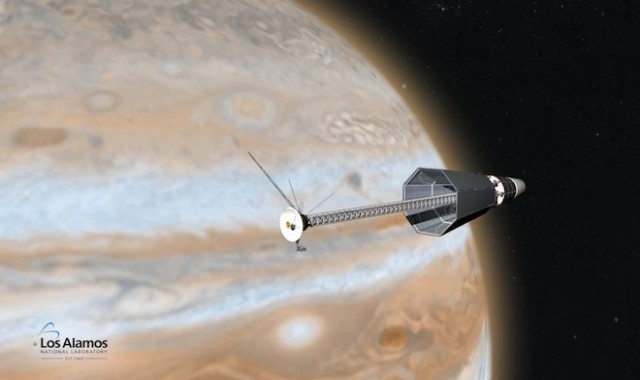 Space, the final frontier. While it is likely true that robots and drones will be boldly going where no man has gone before, we still have to get those robots and drones to those destinations. NASA is currently testing the idea of building a nuclear fission engine that could propel their probes into deep space, well beyond Mars and into the outer reaches of our solar system.

The proposed design leverages existing technologies and is propelled primarily by a set of Stirling engines. The original Stirling engines used pressurized gas to push a piston, but this version will use uranium to effectively do the same. The new design, put together by the Glenn Research Center and Los Alamos National Laboratory, would use a uranium core along with eight Stirling engines.

Plutonium-238 had been the power source of choice for most of NASA’s deep space probes for the last few decades, but pretty much the last little bit of American plutonium went to Mars with the Curiosity rover. Plutonium production should ramp back up with some new funding, but they still need some other way. That’s why the new design uses more abundant uranium instead.

Watch the video below for a more detailed explanation of the proposed deep space engine.

What do you think of this unique deep space engine design?