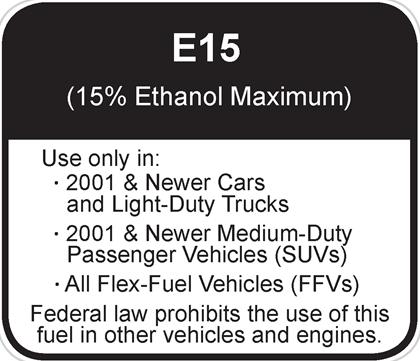 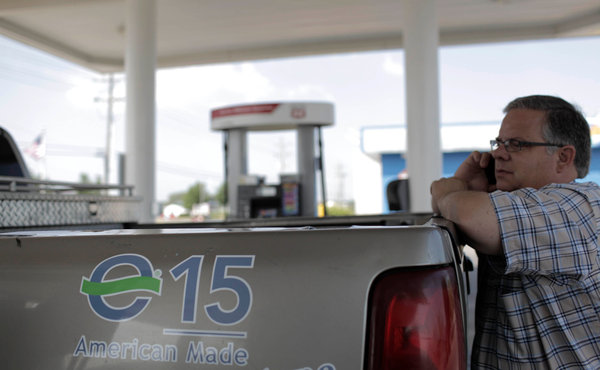 Last summer’s EPA approval of the E15 additive in domestic fuel has left some of us confused and even fearful of the effects that the additive may have on our vehicles.

E15 is basically just a mixture of 15% Ethanol and 85% Gasoline.  This mixture is praised by some for its reduction in crude oil use and cleaner burning properties.  There are also those who state the mixture damages your engine and can even void your vehicle’s warranty.

Ethanol is derived from the fermentation of grain making alcohol, similar to that of moonshine.  Alcohol does have a higher octane rating which produces significant power but also has a considerably lower energy content, which leads to lower mileage as alcohol is increased. Currently less 12 of the 240 million light duty vehicles on the road are rated to use E15 and damage may not be covered under warranty, at least according to AAA.  Five car manufacturers have said their warranties won’t cover engine damage from using E15. Seven others said it may void warranty coverage.

The damage is caused because of the higher alcohol content.  Alcohol is corrosive and attracts moisture which can lead to damage of your valves and valve seat.

A statement from the two auto groups cites new results from a two-year study on engine durability done by FEV for the Coordinating Research Council (CRC). The statement reads as follows:

“Clearly, many vehicles on the road today are at risk of harm from E15. The unknowns concern us greatly, since only a fraction of vehicles have been tested to determine their tolerance to E15,” said Mitch Bainwol, president and CEO of Auto Alliance. “Automakers did not build these vehicles to handle the more corrosive E15 fuel. That’s why we urged EPA to wait for the results of further testing.”

If damage does occur to your vehicle, the potential costs are rather significant. The most likely repair would be the need for a cylinder head replacement, which costs from $2,000 to $4,000 for single cylinder head engines, and twice as much for V-type engines.

In a poll done by AAA, 95% of those asked did not know about E15.  “It is clear that millions of Americans are unfamiliar with E15, which means there is a strong possibility that many motorists may improperly fill up using this gasoline and damage their vehicle,” AAA President Robert Darbelnet said in a statement today. “Bringing E15 to the market without adequate safeguards does not responsibly meet the needs of consumers.”  The survey of consumer knowledge was a telephone poll of 1,012 adults in the continental U.S.

So be aware of what you are putting in your vehicles, and make sure you have a vehicle currently rated to run E15.  It would also be a good idea to find out if there would be any warranty issues with the use of E15 in your vehicle.