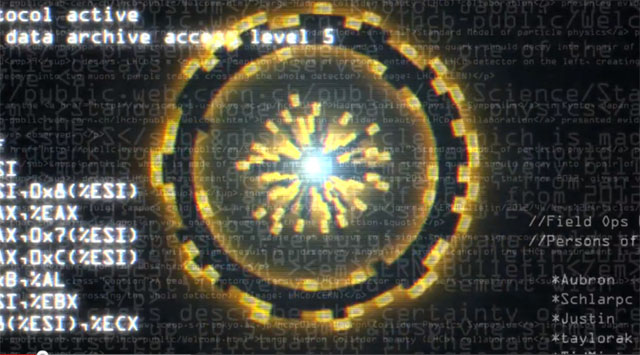 GPS powered multiplayer games have often failed due to one simple reason: there just isn’t enough interest in the game, and therefore there aren’t enough players in your area to make the game worthwhile. Project Niantic have been working on a project however, which is wholly backed by Google. Google’s huge power across the globe instantly gives them a step up from any other games with similar mechanics, and this along with the fact that Ingress plays on their own operating system, Android, gives them a huge advantage over anyone else who tries to develop a successful multiplayer GPS game.

The first thing to note is that Ingress is currently in closed Beta, meaning you will need to receive any invite via the Ingress website, or receive one from a player within the game already. So, although you may not be able to try your hands on it yet yourself, we have been lucky enough to get an invite, and hopefully this review will give you an insight into how the game works.

When Ingress starts, the game asks you for a Google profile to choose so that you can continue your game via different devices, and then asks you to provide an agent code name which will help you to be recognized within the game. It’s already apparent that the developers behind Ingress wanted to create an eerie experience whilst playing, and throughout the game it seems to regularly remind you that this is not just a game, but in fact a real life situation in which you have been pulled into.

When accepting the terms and conditions, Ingress asks you one more time if you want to turn back or not, as this would be your last chance. The constant dark background along with the simple shapes and text on the screen all add to the sense of paranoia, and it makes you wonder what Google are really doing with this application. 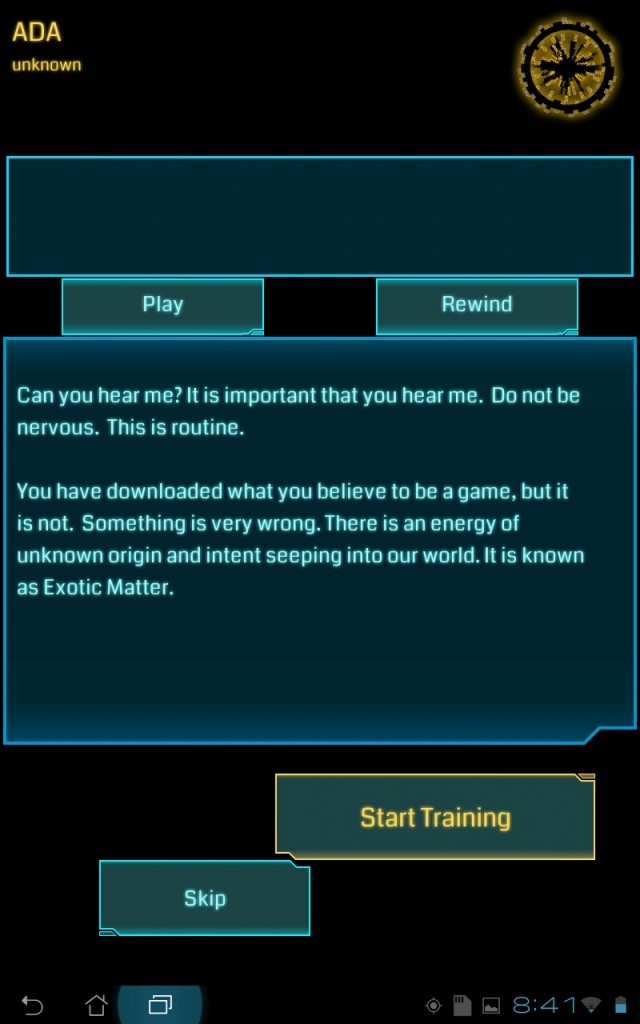 Regardless of Google’s own ambitions with the project, Ingress gives players a background story which explains a strange energy which must be controlled by humans, otherwise it could reach a point where it becomes unmanageable, and takes control of humans instead. This Exotic Matter, or XM, has become a battle ground for two opposing forces, whom both have different ambitions for this newly found XM. The first group, the Resistance, work hard to remove the XM and restore safety and normality back to the human race, whilst the Enlightened have other motives. The Enlightened work to embrace the XM, believing the energy is a new step forward for humankind. After the tutorial, you are asked which side you want to join, giving you the choice to make your own ambitions within Ingress.

As explained above, the basis of Ingress involves two opposing forces as they fight for Exotic Matter. Although either side’s gameplay is rather similar, the concept is still original, and fits well with the GPS capabilities of the game. In Ingress you will need to travel in real life to collect XM and visit portals to take control of. This will require a data connection, and without this or a wifi friendly area, this game becomes quite difficult to play.

When collecting XM you will gain experience and be able to use different abilities which will help you to capture and control neutral or hostile portals. As the XM is scattered across the GPS map, you may have to explore places you’d otherwise walk past, and plan routes around your city or town to collect as many resources as possible. 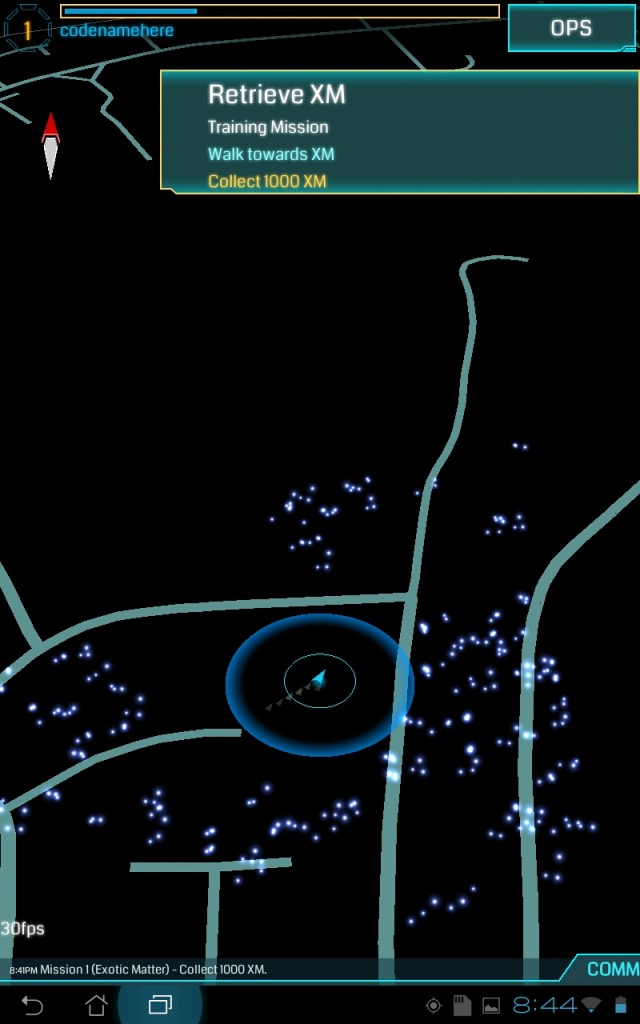 A few things I did notice is that the XM would sometimes be in areas I couldn’t access, such as construction sites or rows of houses, but XM tends to drift towards you, so I haven’t found this as a problem so far.

Walking around collecting XM can become quite an adventure, but after traveling for a while it can become repetitive, so it’s good that Ingress includes game mechanics to keep you off of your feet so you can enjoy the game.

There are certain objectives which require you to collect XM or hack portals, and other social features that allow you to work with other groups within the game, so although you may be playing it on your own, it’s an interesting experience when you come across somebody else’s portal whilst traveling.

Hacking and capturing portals is probably the most interactive procedures, and it requires you to hack or attack nodes and then recharge them with XM so that they can be used on your behalf. It’s not too difficult and often becomes a game of chance when trying to capture portals. 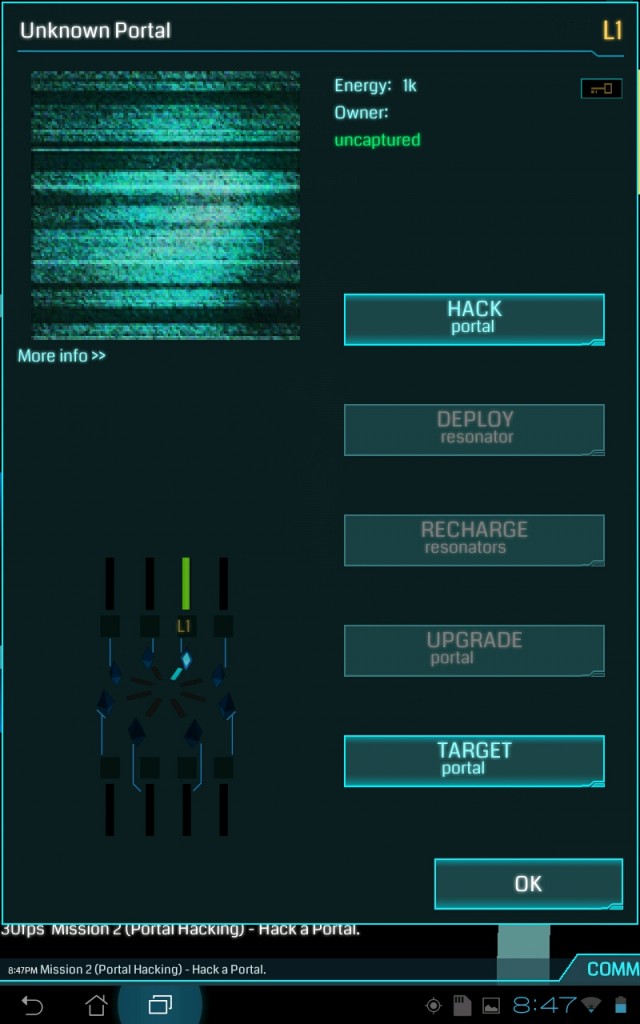 Once you’ve captured a multiple number of portals you can attach them together and create your own territory for the team you have chosen to work with. Three or more portals are needed to create an enclosure of territory, which will then improve your standing in the game and boost your experience points.

What’s interesting is that no two territory borders can intersect, meaning that it may be safe to create lots of small territories, but if you’re lucky enough, you could end up joining portals together which are kilometers apart, creating a huge amount of territory at once.

Ingress has done a superb job to capture the atmosphere of the story by using simple colors and shapes, and although most of the graphics in game are possible to recreate quickly in Microsoft paint, they work tremendously well and give off a feel of paranoia within the digital game. 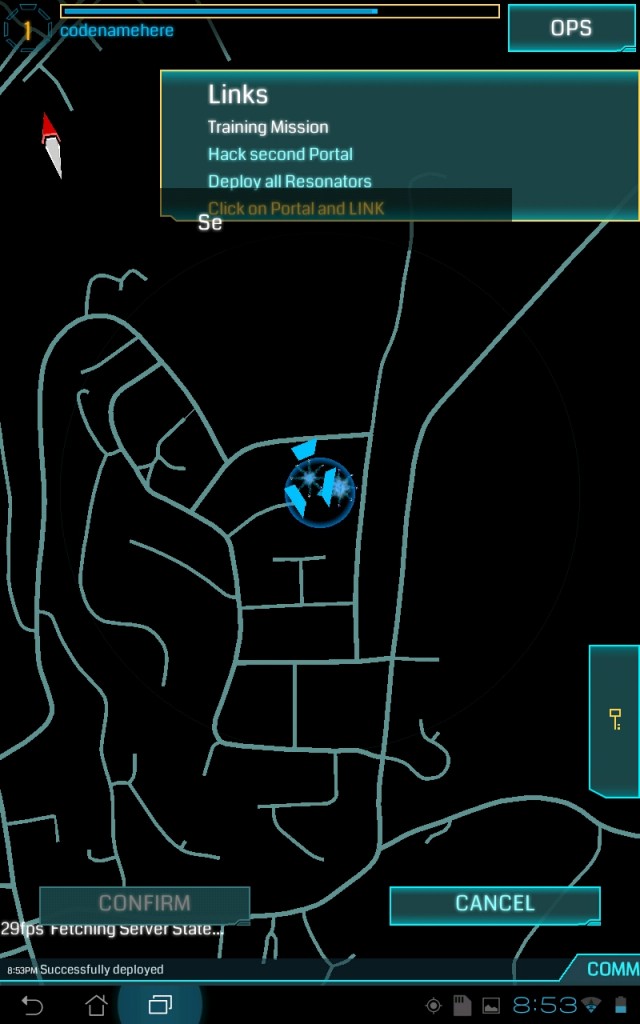 Google maps has been used as a basis for the maps in-game, and it uses a simple road layout for the map in Ingress. The way XM and portals have been spread out makes it super easy to play the game, no matter where you are in the world.

Sometimes however, the GPS doesn’t work as smooth as you’d expect it to, and when moving distances quickly it seems to skip places or if you are standing still for a while, your player will sometimes slide across the map slowly.

It’s important to remember this is just in Beta though, and it will be interesting to see how the game pans out upon full release.

Another thing to remember is your privacy: playing GPS games constantly gives your location to the developer of the game, and in this case, Google. It’s uncertain what Google could be doing with this information and any other details they can get from playing the game, but if you’re concerned about your privacy, it could only be detrimental. 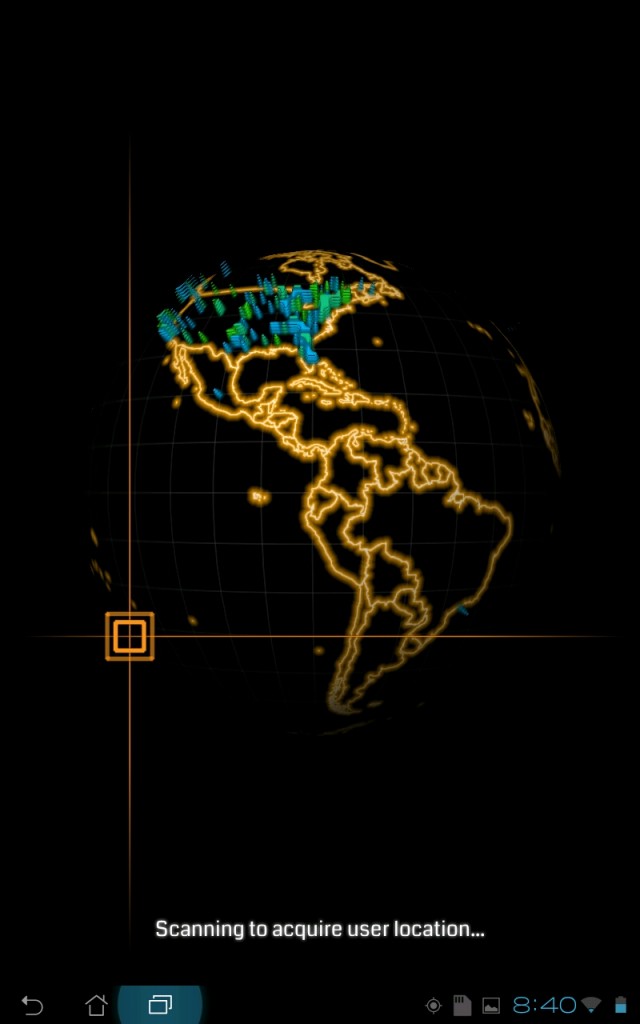