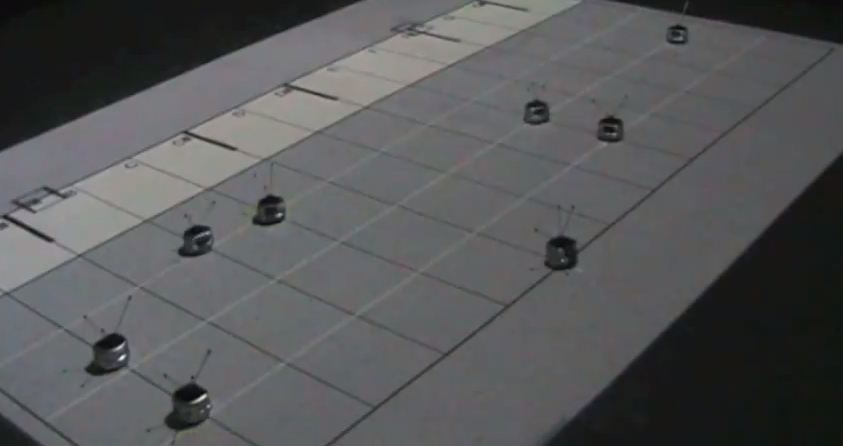 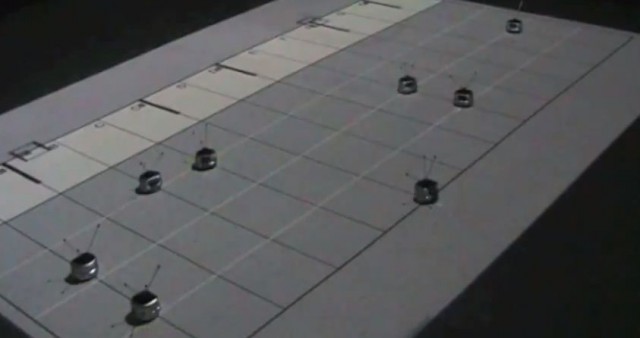 The future isn’t about having a massive supercomputer. It’s about having a giant swarm of really small robots, as is the case with these music-playing bots from Georgia Tech. Coming from the school’s Georgia Robotics and InTelligent Systems (GRITS) Lab, these Khepera robots are instructed to play a certain score, but they’re not at all told how to do it.

The swarm of robots communicate with one another, assigning roles as to how best to play the music. There are at least two optimizations at play here: first, they figure out the fewest number of robots necessary to complete the task. Second, of the robots deployed, they figure out the shortest distance that they can possibly travel.

The cool thing is that these optimizations can be modified and adapted on the fly too. The first half of the video below shows the robots playing Beethoven’s Fur Elise at what they deem is a normal pace. When they tell the bots that they can play it three times slower, fewer robots are deployed for the task automatically. When they’re told that the music needs to be faster again, more bots jump onto the virtual piano. They all communicate with one another using internal cameras, special “hats” and cameras mounted around the room.

Playing the piano is cute and all, but you can see how this kind of swarm technology can have incredible military applications. I’m reminded of Prey by Michael Crichton. That swarm of nanobots was virtually unstoppable!