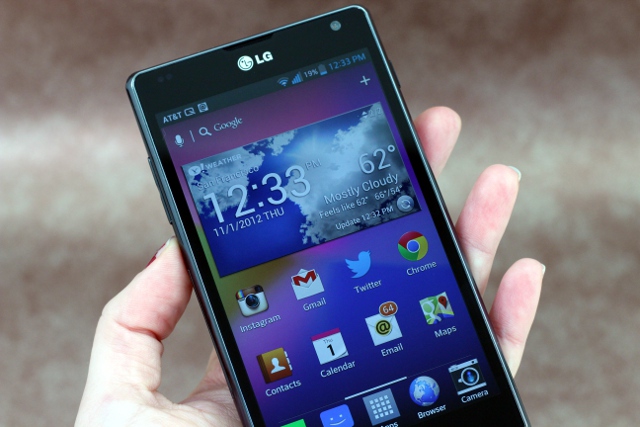 Even though it is largely being overshadowed by its Google Nexus 4 offspring, the flagship LG Optimus G smartphone is a pretty great piece of hardware. Not satisfied with sitting on its laurels, LG is reportedly already working on a successor to the Optimus G and it will–appropriately enough–be called the Optimus G2. And it could be even more beastly.

Chalk this up to unconfirmed rumors for now, but word out of Korea is that the LG Optimus G2 will come with an impressive 5-inch 1080p display. This would follow in the footsteps of the HTC J Butterfly (Droid DNA), plus the rumored 5-incher on the upcoming Samsung Galaxy S4. This isn’t the first time that LG has gone to this size–you might remember the LG Vu–but this is the first 1080p smartphone from the Korean manufacturer.

Under the hood, we’re hearing that the Optimus G will come powered by a 2GHz Qualcomm chipset, though it’s unclear how many cores it will have. We’d guess that it’ll have 2GB of RAM and a hell of a camera, but I hope that they do improve the battery life over what we have now in the Optimus G.

According to MK Business News of Korea, the LG Optimus G2 will be ready for launch as early as May 2013. Given that timeline, it would not be all that far-fetched to at least see an announcement at CES in January.