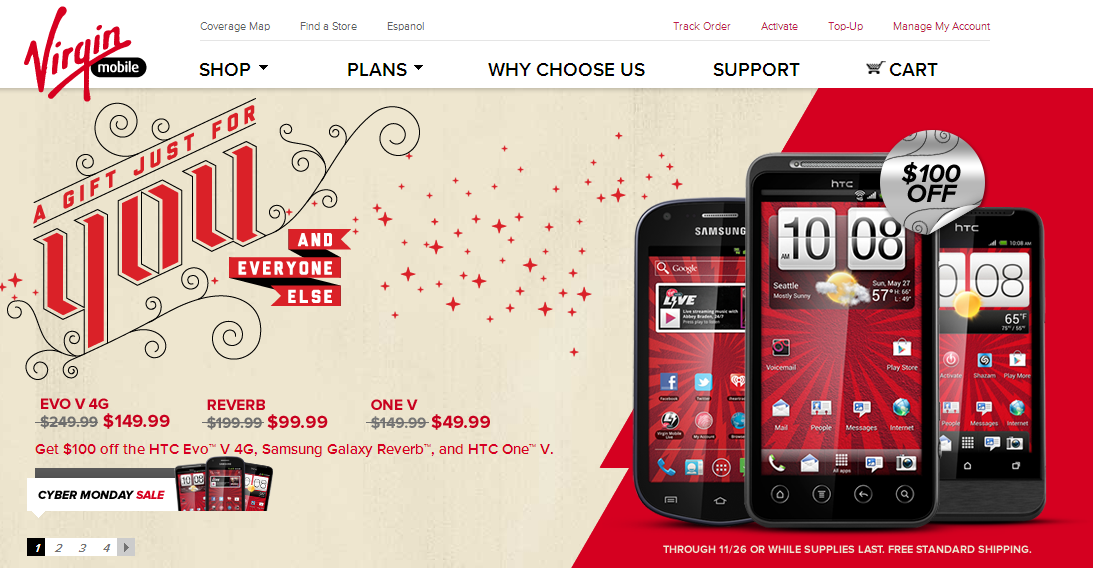 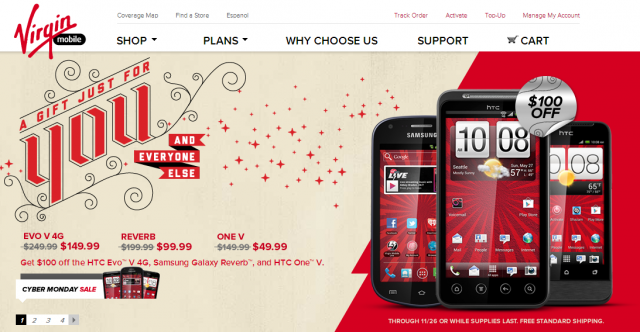 Black Friday is over, but Cyber Monday is here and that means quite a few interestingly online-only deals for today only. One of these deals is from Virgin Mobile, the Sprint-owned prepaid carrier.

If you are considering ditching your contract account and want a prepaid device that isn’t a total pushover, today is the day to make the leap. Virgin Mobile some kick-ass deals here.

If you happen to be in part of the United States that gets solid Sprint coverage, you really can’t go wrong with these deals. Sure, none of these are lightning quick smartphones, but at prices between $50-$150, you can’t really go wrong.

What do you think, tempted to make the move to Virgin Mobile to take advantage of these epic Cyber Monday deals?