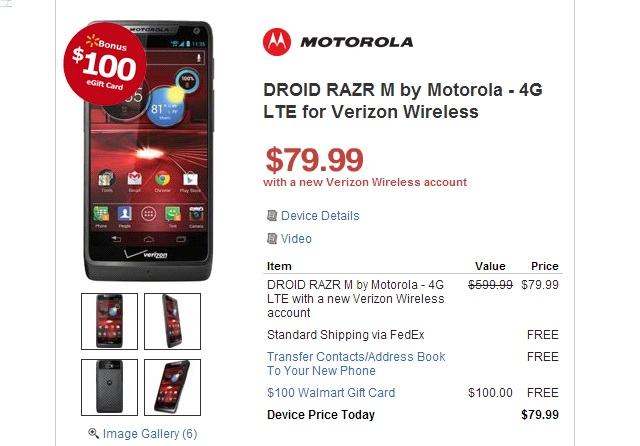 Looking for an exceptional deal this holiday season? You aren’t alone. When it comes to holiday shopping, things get expensive in a hurry. Good news is that there are also quite a few bargains around this time of the year, and Walmart’s smartphone special is one of these deals.

So what’s going on over at Walmart? Basically any qualifying Android or Windows Phone 8 device comes with an $100 Walmart gift card per phone order, this applies to online and in-store purchases. Even better, Walmart has pretty decent selection on phones, and the pricing isn’t half bad either.

Here is Walmart’s pricing on just a few of the hottest phones around right now, all of which qualify for the gift card promotion:

As you probably already knew, all of these phones require two year contracts, though a variety of different carriers are represented for some of these phones. It’s also worth noting that there are MANY more Android and Windows Phone smartphones covered in this promotion than the few I mentioned above.

What do you think, do you plan to take advantage of the Walmart $100 Gift Card promotion this holiday season?