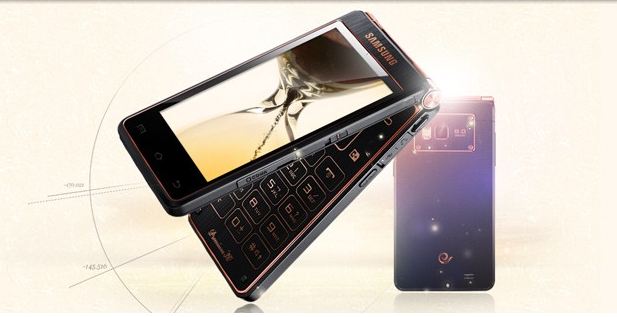 The conventional designs of cell phones have evolved a lot over the years. For a while, we all had the Zack Morris. Then, along came the Motorola flip phones and later the tiny Nokia candybars. That flip design managed to hold on for quite a while until the smartphone slab arrived, but that doesn’t mean it’s dead. It just means it needs to be reinvented.

What do you do when just one touchscreen won’t do? You get two, of course, as is the case with the newly announced Samsung SCH-W2013. This is a flip phone with a regular numeric keypad, but it also has a pair of 3.7-inch Super AMOLED touchscreen displays: one on the front cover and one inside. To make things even more interesting, it gets a 1.4GHz quad core processor (possibly Exynos 4412) to go along with its Android 4.0 ICS platform.

It’s highly unlikely that this phone will ever see the light of day outside of China, but it’s still an interesting concept for people who can’t decide if they want a flip phone or a touchscreen phone. It’s going to be for China’s elite, though, as pricing is estimated to be in the US$3,000 range.