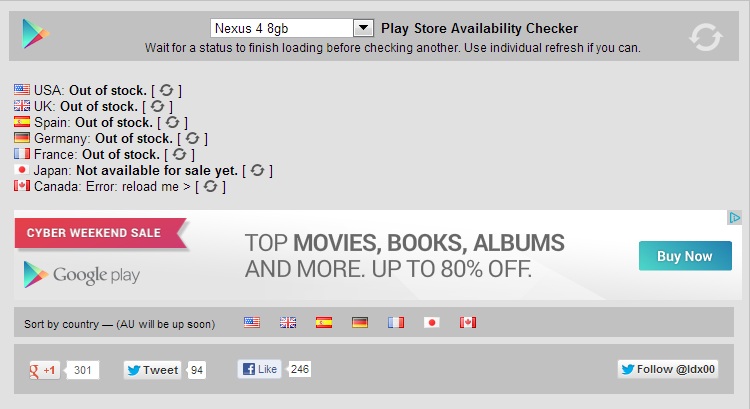 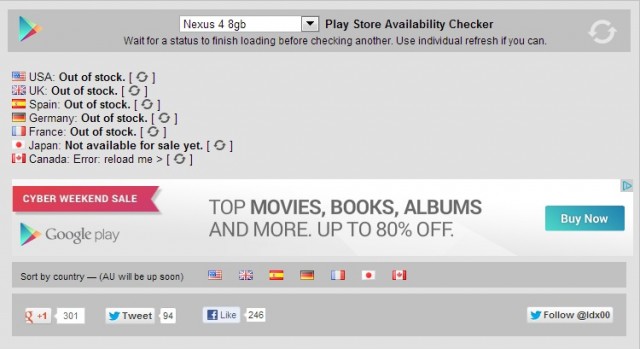 Still dreaming of the magical day when you can purchase that shiny new LG Nexus 4 or Samsung Nexus 10? While the November 13th launch didn’t go so smoothly, at least Google now offers a way to figure out if the device is in stock,  anywhere in the world that carries it through Google Play.

The Play Store Availability Checker covers all models of the Nexus 4, Nexus 7 and Nexus 10. Again, it gives you an easy way to see what sizes and variants of your favorite Google Nexus devices are available without having to directly go to each link in the Google Play store. While it’s nice to have such a tool, it would have been even better if they had just had a much more massive stockpile of devices in the first place.

Are you still waiting to get your hands on a Nexus device, or do you already have the Nexus you’ve dreamed of? For Nexus 4 and Nexus 10 owners, did you have trouble snagging the device or was your transaction process reasonably smooth?