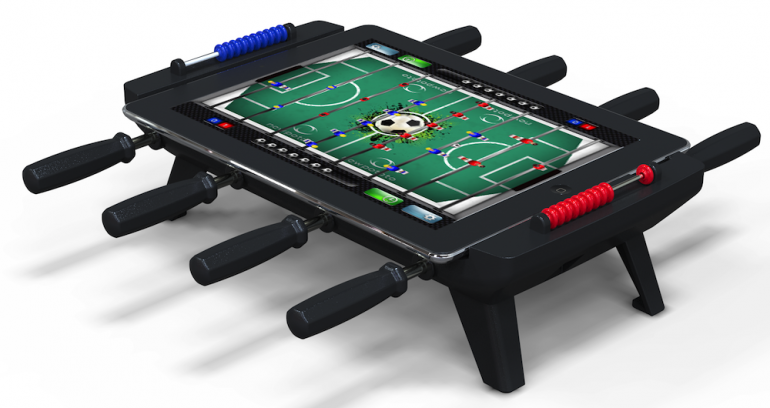 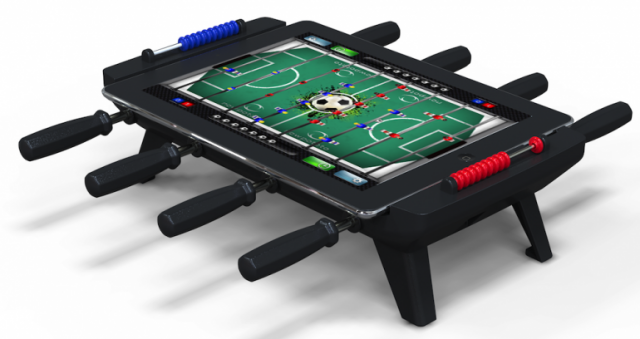 Many a lunch hour during my university days was spent playing foosball with my friends. There was a table in the law building common space that was just there, free for us to play. It was great, but now that we’re in the digital age, there has to be something better, more digital and more portable.

Enter the appropriately named Classic Match Foosball Table. It’s a miniature foosball table where you can dock your Apple iPad and really engage in a game with virtual players on those virtual sticks. The cool thing is that you really do get eight 2-axis control bars that you would on a real table and turning them interacts with the digital game on your iPad’s screen. They’ve even included appropriate sound effects. 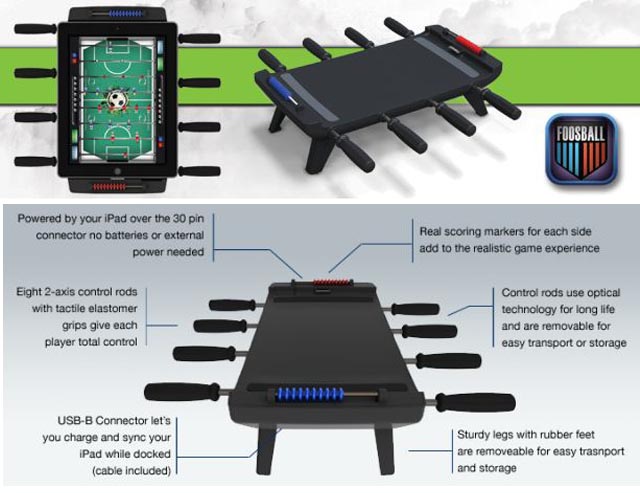 The iPad itself docks into the table so there’s no need to fumble with external power or clunky cables. It uses the 30-pin connector, though, so you won’t be able to use a 4th-gen iPad or the iPad mini.

I still don’t think it’s quite as good as having a rustic old foosball table with a couple of beers spilled on it, but the Classic Match Foosball Table will fit in a heck of a lot more dorm rooms. Find it for $99.99 on New Potato Tech.