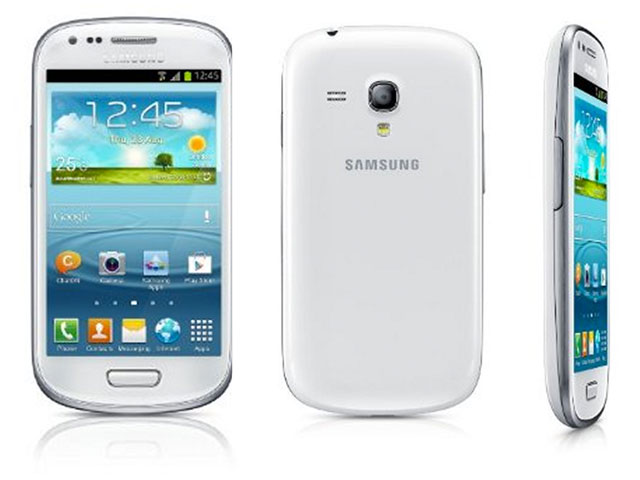 The Samsung Galaxy S III Mini was announced last month, but Samsung didn’t make it clear whether the smaller cousin of the full-size S3 would be made available for the US market. That answer has now been provided courtesy of Amazon, because the online retailer has listed the Samsung smartphone.

The idea with the S3 Mini, in case you’re not so familiar, is to take the form factor of the S3, shrink it down, and reduce the specs for a reduced price. The net result is a Google Android 4.1 smartphone with a 4.0-inch Super AMOLED display, dual core 1GHz processor, 1GB RAM, 8/16GB storage and microSD expansion. There’s a 5-megapixel camera on the back and a VGA camera on the front. Realistically, the specs make it sound like an S II in a shrunken down S III body.

Now, it’s debatable whether the unlocked Galaxy S III Mini is worth it. You’ll find it listed on Amazon.com for $398.91 with 8GB of memory. By comparison, the equally unlocked but vanilla Android-powered 8GB Google Nexus 4 by LG is $100 less than that. Maybe you like TouchWiz and don’t want to try finding (or pay for) an unlocked S3. If that’s the case, the S3 Mini isn’t so shabby.