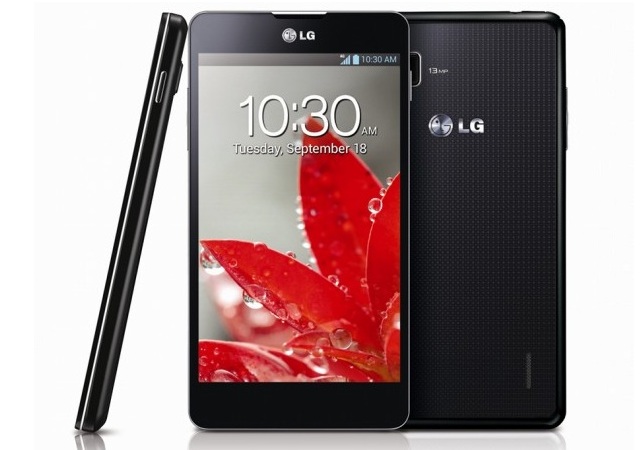 Tired of waiting around for the LG Nexus 4 in the United States? Want it now? Well, you can’t quite get it yet, unless you are willing to go with the T-Mobile version and get it for $199.99. Still, there is another option, the LG Optimus G.

For those that don’t know, the LG Nexus 4 is based on the LG Optimus G, though it has a few differences when it comes to design and the Nexus 4 has removed 4G LTE support. In many ways, you could argue that the hardware (mainly because of LTE) is better with the LG Optimus G. Why is it that the LG Nexus 4 is so popular then? For one, the LG Nexus 4 is extremely low priced at $300 for the base model without any contract or commitment. For another, Nexus devices always get the latest version of Android and are more open for modders.

If you can put up with contracts and don’t mind having a little more of a locked down phone, Amazon Wireless is now offering the LG Optimus G for just $100 with a contract. This is actually pretty damn good, and is $100 less than T-Mobile is charging for the LG Nexus 4. You can choose AT&T or Sprint for the two year commitment.

Which should you go with? It depends. With Sprint, you get 32GB internal storage, 13MP rear-cam and no SD support. With AT&T, you get 16GB of internal storage, an 8MP rear cam, and an SD card. Otherwise, they both have the same 1.5GHz quad-core processor, 2GB of RAM, 2100 mAh battery, NFC and 1.3MP front cam.

Alright, so it’s not bad priced, but it is still a totally locked down smartphone, right? Luckily, there might be a solution for that as well.

While this is currently in closed Beta, Project FreeGee is designed to allow you to open up that bootloader and can flash custom ROMs onto the flagship LG device. For now the distribution of the method seems limited to a few XDA users for testing.

In time this will be opened up and will allow users of the Sprint and AT&T versions of the phone to start modding and enjoy freedom that is similar to what you’d get with the LG Nexus 4. Keep in mind that Canadian and Korean models aren’t currently supported by FreeGee though.

Even if/when the LG Optimus G becomes fully unlocked, there are still reasons why you’d probably want to stick with the regular LG Nexus 4. Again, you’ll get first dibs at new versions of Android. Second, you can easily bypass the whole contract process with the LG Nexus 4. Still, some users might appreciate the low contract pricing and the modding potential that lies with LG’s flagship smartphone.

So how about it, with a lower contract price and the strong likelihood that you’ll be able to use custom ROMs, is the LG Optimus G now worth considering or not?