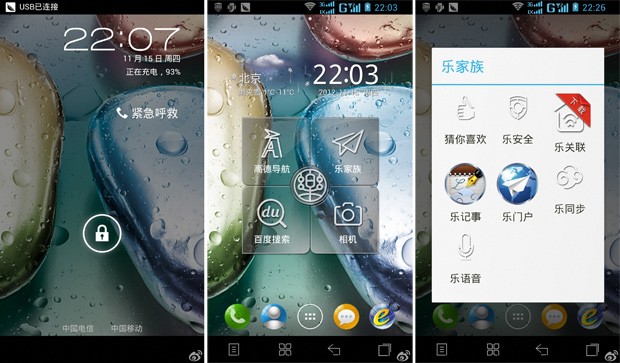 The 1080p smartphone revolution has begun. Oppo, Sharp and HTC are among some of the first to jump in with 1080p 5-inch smartphone. HTC even managed to unveil the first US-bound 1080p smartphone, the HTC Droid DNA. Apparently, things are about to get even more crowded as Sony and even Lenovo prepare to jump into the fray as well.

The Lenovo 1080p smartphone’s actual looks remain a mystery, though a few screenshots from Lenovo’s customized Android UI have been leaked. We don’t know the actual screen size, as a source reporting to Engadget would only say it has a screen size between 4.5 and 5.5-inches. Considering all the existing 1080p displays were are aware of are 5-inch, it’s pretty easy to take a guess here. The new Lenovo phone also sports dual-SIM connectivity, which is pretty common with many Chinese smartphones out there.

Not much else is known about the new Lenovo 1080p phone, though more than likely it will be Chinese (and perhaps Asian) market only. While Lenovo does reasonably well selling PCs and tablets in the United States and other markets, it seems to keep its phone efforts close to home.

Are you eager to get your hands on an 1080p smartphone of your own? Perhaps you are leaning towards the HTC Droid DNA?