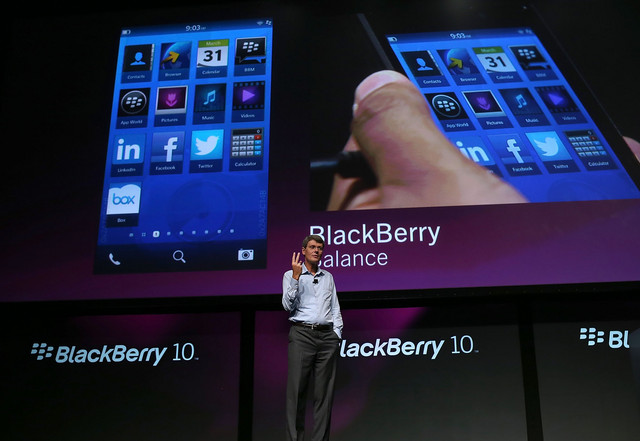 With RIM gearing up for their big January 30th release event for Blackberry 10, RIM CEO Thorsten Heins talked a little about the importance of apps with BB10, and what kind of direction that company planned on taking.

First, RIM projects that they will launch the new OS with around 100,000 apps, which is quite impressive for a new platform launch. This might not be the 700,000+ apps found on iOS and Android, but it’s still a pretty good start. Heins said that putting out apps isn’t just a numbers game though.

“The tactic we are deploying is by country and by region. We are aiming to have the most important 200 to 400 apps available, because many applications are regional and they really do have a regional flavor,” Heins said.

RIM states that that Blackberry tends to be popular for people who are major multi-taskers and just need to get things done, its not just about the games and entertainment– it’s about creating a productive and useful experience.

Thorsten Heins also took the time to point out that iOS and Android might have 700,000 apps but how many of them are essentially minor clones or free apps that bring little real value? In his exact words, “We don’t have 1,500 Solitaire apps. That is not what Blackberry is about.” In other words, RIM hopes to have quality over quantity when it comes to new apps.