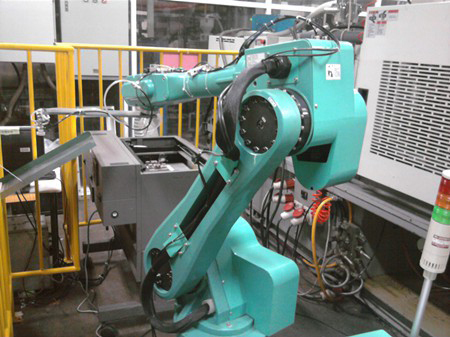 You know how there are ongoing discussions about the working conditions at factories like those run by Foxconn? You know people talk about overly strict policies, extremely long hours, and unfair pay? You don’t have to worry about those kinds of things with robots, because “robot rights activists” simply do not exist. And that’s possibly why Foxconn is prepping 10,000 “Foxbots” to replace their human employees.

This is just the initial deployment of Foxconn’s human-replacing robot army and they plan on having a much larger deployment in the coming years. In fact, Foxconn is planning to have 20,000 more of these “Foxbots” in their factories by the end of the year, leading up to a robot apocalypse-sized squadron of one million iPhone-creating bots within the next three years.

To be fair, these Foxbots can’t replace all of the human employees; they’re only good for repetitive tasks like “lifting, selecting and placement,” since the mechanical arms can’t really handle the incredibly intricate assembly of something like an iPhone. It’s only a matter of time, but it looks like many Foxconn employees could be out of the job. It’s like the industrial revolution all over again, except it’s not Detroit; it’s Shenzhen.