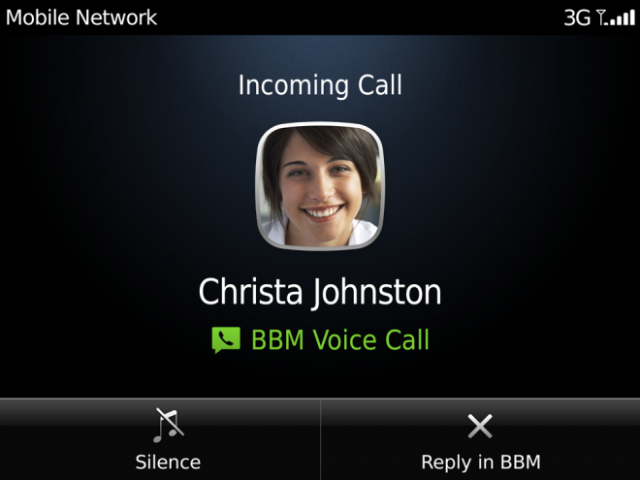 With most of RIM’s efforts going towards finally getting Blackberry 10 up and running, older versions of Blackberry tend to be left out when it comes to exciting new features and additions. With that in mind, RIM is throwing a pretty cool feature out for currently Blackberry users. The newest version of BBM 7 will feature Wi-Fi voice chat through a new “BBM Voice” option.

Basically this works like any other VOIP app but works perfectly from within the BBM application and is totally free. The feature will also work with Bluetooth and wired headsets. There is also a cool multi-tasking aspect to this feature, you can still send texts and pictures to the person you are talking to, even during live conversation.

The catch? It is technically just a beta and does require BlackBerry 6 or higher to work. The good news is that anyone can sign up at BlackBerry Beta Zone and get the app for their BB device. How long will it be in beta? While we don’t officially have word on this, odds are that it will be included as a final app when BB10 launches on January 30th.

Any BlackBerry users test this out yet? What do you think of the feature?