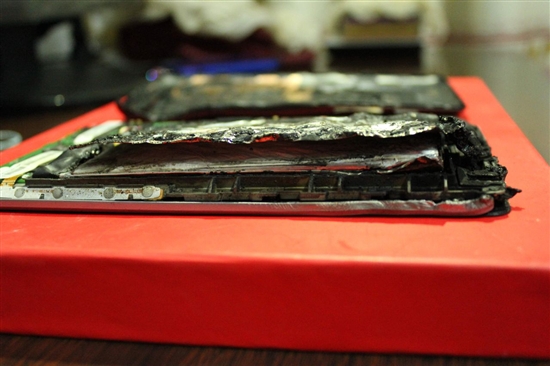 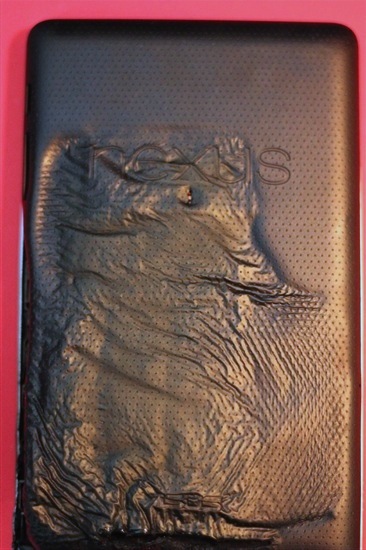 Remember a few years ago when we had that whole fiasco about exploding batteries that caused laptops to catch on fire? It seems that we’ve got ourselves an exploding tablet now in the form of a strangely melted Google Nexus 7. It’s turned into a horse. Well, sort of.

As you can see in the image above, the back casing on the Nexus 7 got melted in an alleged explosion, but the melting pattern left what looks kind of like a decorative horse. I think it looks more like the knight piece from a chess set, but I’ll leave that up to interpretation. I realize this is really not that different from someone seeing the Virgin Mary in a slice of toast, but it’s still an interesting turn of events.

These images were posted on a Chinese forum, so we do have to take the story with a grain of salt. According to the original poster, the Nexus 7 was left charging for about 3 hours and then it spontaneously combusted. We haven’t heard other stories of the Nexus 7 exploding, so this is likely a very isolated incident.

The good news is that the owner of the Nexus 7 contacted Asus and got a replacement tablet immediately. That’s some good customer service! 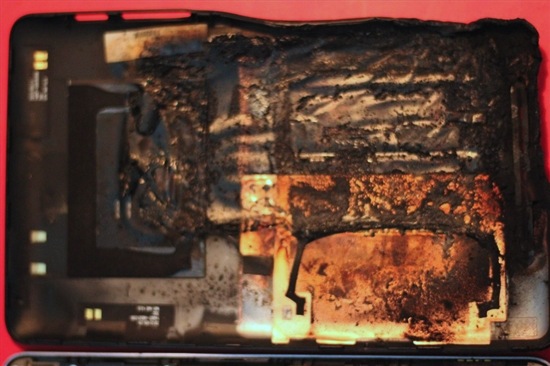