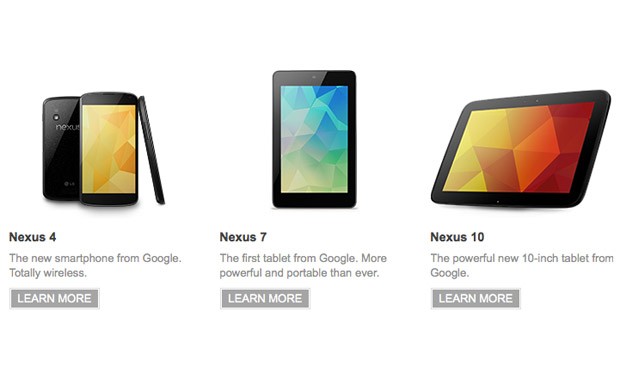 If you were hoping to get the LG Nexus 4 or Samsung Nexus 10 today, good luck. You will certainly need it.

The Nexus 4 is already sold out on Google Play in the United States. As for the Nexus 10? The 32GB model is out, but you can still get the 16GB version (at least at the time of this writing). In the other international markets, things are even bleaker with all Nexus 4 and Nexus 10 models completely out of stock.

What’s even more crazy is how quickly this all happened. In many markets the sell-out of the Nexus 4 happened in 20-60 minutes. The Nexus 10 also sold very fast, with most markets selling out in an hour or two after its launch. Even worse, the Google Play Store had been experiencing issues do to server overload. The result was that many users that went to purchase a device found that the store was acting up and wouldn’t let them. By the time they were able to click to put things in their cart, the devices were sold out.

Google clearly underestimated the demand for the Nexus 4 and Nexus 10. More than likely, the company used past trends from Nexus smartphones and the Nexus 7 to help calculate demands. They probably even took this information and doubled up to “be safe”. The fact is that the pricing on the Nexus 4 and Nexus 10 are so desirable that a major first day sell out was inevitable. Would have been nice had enough stock to keep devices around for at least MOST of the first day though.

If you weren’t able to pick up the Nexus 4 or Nexus 10 for order today, you will probably get a chance in the next few days. That being said, it’s hard to say how long the next several shipments of stock will last at the rate these Nexus devices seem to be selling.

It’s worth noting that the LG Nexus 4 isn’t the only smartphone selling like hotcakes, the Nokia Lumia 920 is also reportedly out of stock in many locations across the United States and in Europe. Too many great smartphone and tablet choices out there— not enough stock.

Were you lucky enough to get the Nexus 4 and/or Nexus 10? If not, are you one of those that attempted only to have store errors or simply find out that Google was already out of stock?