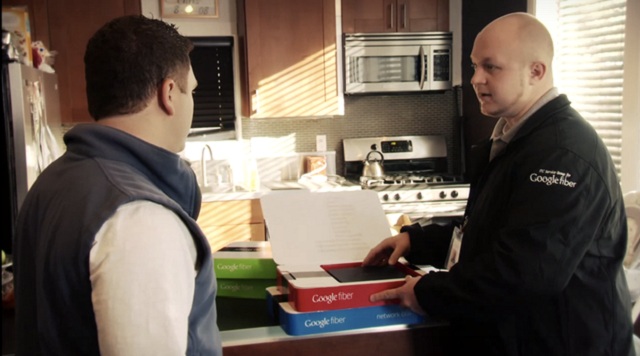 Imagine 1,000 Mbps high-speed service. Sounds impressive, right? That’s exactly what you can now get in Kansas City, thanks to the experimental Google Fiber service.

Google Fiber was announced a while ago now, but has finally started rolling out. Okay, so the actual speeds are lower– around 600-700 Mbps, but for $70, no one is likely to complain about the speed. For those of us that live out in lower-population zones or countries with less developed broadband systems, the idea of speeds like this is nothing short of amazing.

To give you some perspective, I recently moved from a tiny town in the United States into a smaller US city and was recently was able to go from 3Mbps to 25 Mbps. For many people I know, even 25Mbps would be considered rather slow, but compared to what I was used to? I am more than satisfied.

For now, Google Fiber remains exclusive to Kansas City in order to give them some room to test things out and see how it goes. Over 150 additional markets are expected to eventually see the service as well. Check out the video below and let us know what you think:

What do you think of the idea of 700 Mbps service? What kind of speeds do you get in the country or state you live in now?