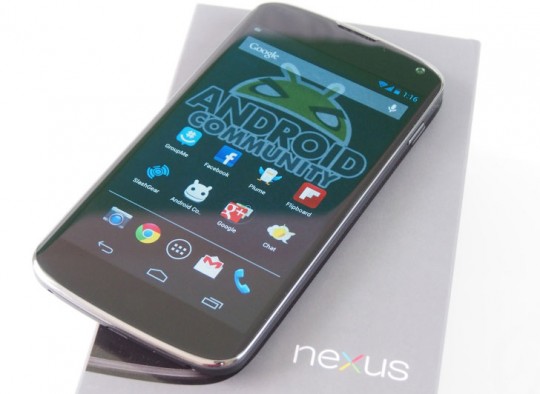 One way that you can save on your cell phone minutes is to utilize the Wi-Fi calling feature offered by T-Mobile. Your call gets routed over your Internet connection and you can keep your bucket of minutes. Earlier, it seemed that T-Mobile would be supporting the Wi-Fi calling feature on the Google Nexus 4, but this no longer appears to be the case.

The earlier outline from T-Mobile support had Wi-Fi calling listed as a feature on the new LG-made Android smartphone, but the information has since been updated to say that Wi-Fi calling is not supported.

Besides Wi-Fi calling, the Nexus 4 has some pretty awesome features. It comes with Android 4.2 installed and a beastly quad-core Qualcomm Snapdragon S4 Pro 1.5Ghz processor. It also comes with a 4.7-inch IPS+ LCD display at 1280 x 768 resolution. Overall, Chris Burns, who reviewed the phone for us, was pretty impressed with what it brought to the table.

This doesn’t mean that the Nexus 4 is a bad phone and it doesn’t mean that you can’t still get around this with some other VoIP service, but it is a shame that this native feature isn’t being supported. This might be because T-Mobile can’t customized the Android OS under the hood of the Nexus 4 the way it can with other phones that can be skinned.

While you can pick up the factory unlocked Google Nexus 4 outright from the Google Play Store for $299 (8GB) or $349 (16GB), T-Mobile is selling it on a two-year contract for $200. You save some money, but you get tied down for 24 months. And you still don’t get Wi-Fi calling.