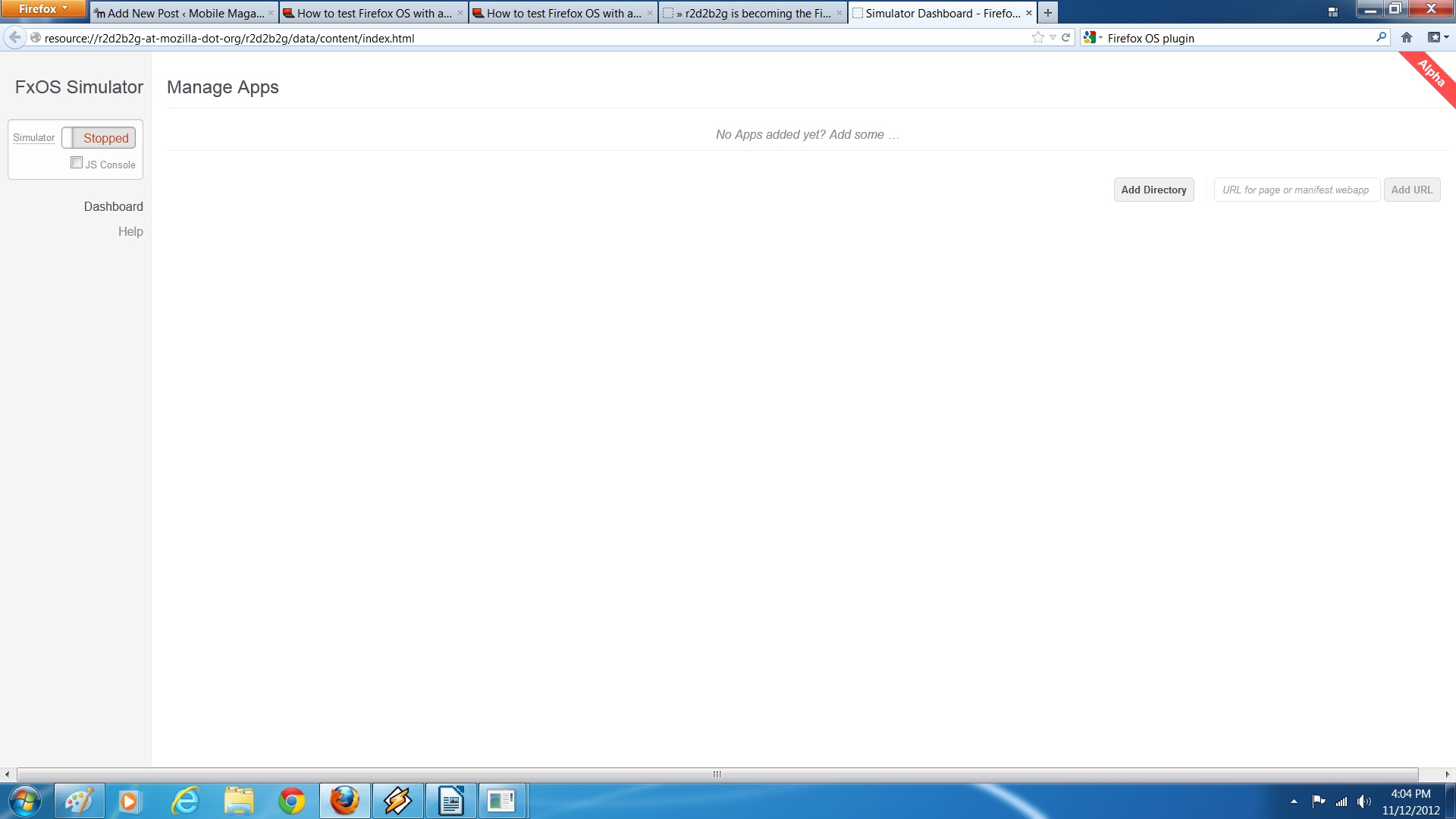 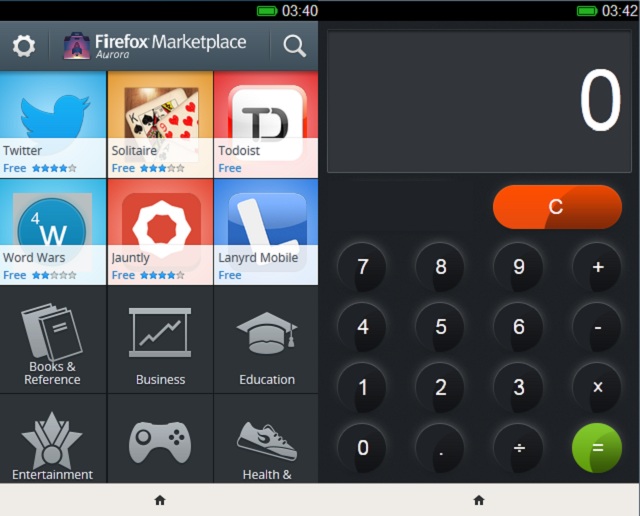 While Firefox OS isn’t here yet, it is coming soon— sometime in early 2013. If you are interested in the OS and want to give a test drive, you previously could use a nightly build and throw it onto the Raspbery Pi or even flash it to a Galaxy Nexus. These methods were both quite complicated, though. Good news, a new Firefox browser plug-in allows you to emulate FireFox OS on Mac, Linux and Windows.

The plug-in is called r2d2b2g and works pretty well. The Windows version is said to be the least stable, but I actually didn’t run into too many problems with most of the apps and settings I played around with. The only real issue came when I tried to use the browser, all it did was crash the plug-in. Luckily, reloading the plug-in only takes a few second so no big deal.

The interface seems to be a bit of a cross between iOS and Android in many ways. For example, downloading apps works similarly to iOS in that you click an app and it goes to your front “homescreen” for installation. In fact, all your apps are stored on the pages of the homescreen in a similar manner to iOS.  I haven’t had tons of time to play around, about an hour. My overall impressions? While it’s hard to truly rate or review the OS unless its on an actual touch-based smartphone– I like it. It’s sleek and seems to work rather well. In an emulated environment it runs very quickly and page-turns and other actions are very smooth. Whether or not it runs this smooth on real hardware? Only Mozilla knows for sure.

If Mozilla can optimize the OS to run on very low hardware and if carriers are willing to carry it for really cheap (like $50 or less with contract), it could very well have a market. I don’t see this doing as well on high-end devices as first, but if it is cheap enough, first time smartphone users might be willing to give it a go.

If you want to take Firefox OS for a spin yourself (I recommend trying it), here’s how:

1) First launch Firefox. If you don’t have Firefox on a Mac, Linux or Windows PC– download it first. 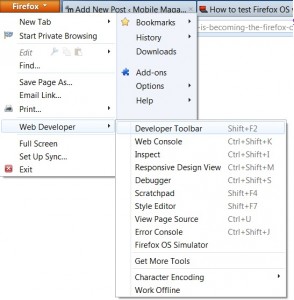 3) After it finishes downloading and installing, go to the upper-left “FIREFOX” tab. Click on “Web Developer” and then navigate to “Firefox OS Simulator” within this sub-menu. 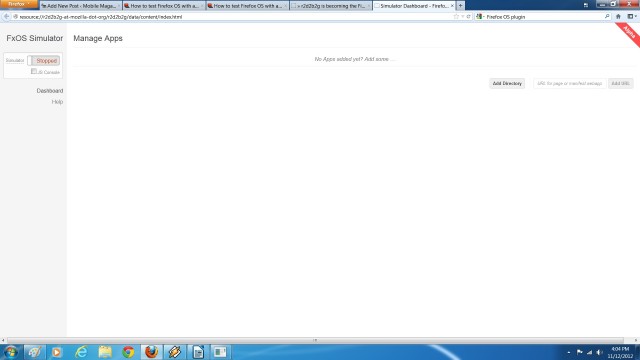 4) This will launch another screen that has a tab on the left that says “Stopped”. Press it and Firefox OS will boot up. That’s it, you are now ready to play around for yourself.

After you try it, comment below and tell us what you think of your first impression of Mozilla’s mobile OS. Has anyone else tried it already? What are your thoughts?