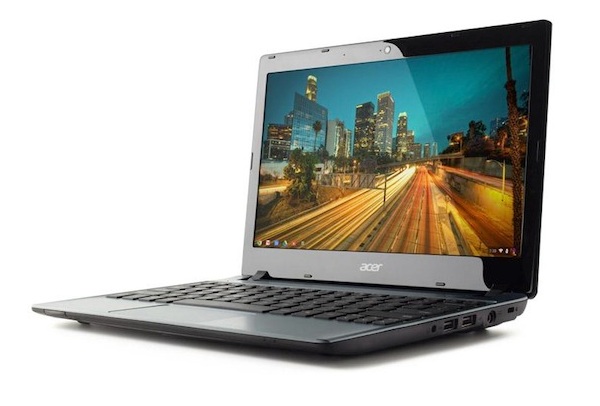 Chromebooks have yet to exactly take off, mainly because not everyone has a constant Internet connection or the desire to use nothing but web apps. Still, Google has kept pushing their platform, despite less than great reception. Are things looking up for the cloud-based platform? They are certainly starting to look that way.

First, we had the Samsung Chromebook. The ARM-based Chrome laptop is doing quite a bit better than past offerings, in large part due to its reasonable $249 starting price. Now, things are getting even cheaper, thanks to the newly announced Acer C7 Chromebook.

The new C7 Chromebook is arriving on November 13th in the United Kingdom and United States, as mentioned before, it will cost just $199. What do you think, tempted or not?