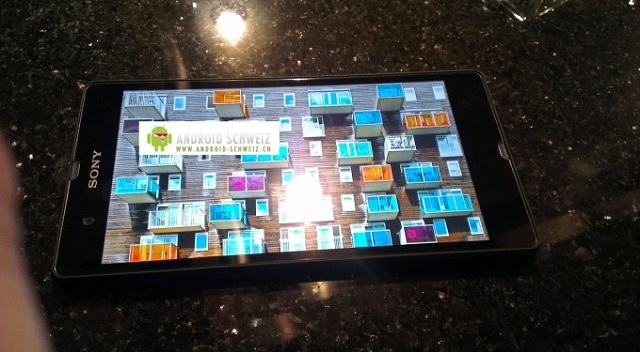 The phablet world was first popularized by the Samsung Galaxy Note. Since then, it looks like the market is starting to explode with several high profile new devices being added to the mix. The LG Intuition (Vu), the HTC Droid DNA (J Butterfly), Oppo Find 5 and now a Sony Phablet as well?

The so-called Yuga is a 5-inch quad-core Sony handset that is believed to arrive sometime in early 2013. The above image comes from a Swiss Android site and apparently is a prototype for the Sony flagship phablet. According to the source, the device will run on a 1.5GHz quad-core CPU, 2GB of RAM, 12MP camera and a 5-inch 1080p display— from the sounds of it the specs are very close to the HTC J Butterfly (aka Droid DNA).

Keep in mind that the somewhat boring design of the Yuga doesn’t necessarily represent its final form. Considering the device isn’t arriving until sometime in early 2013, this is likely just pre-production hardware that could dramatically differ from the actual finalized production model.

Don’t be shocked if we officially see this the Yuga by Sony at CES 2013. What do you think, would you be interested in a Sony-made 1080p phablet?