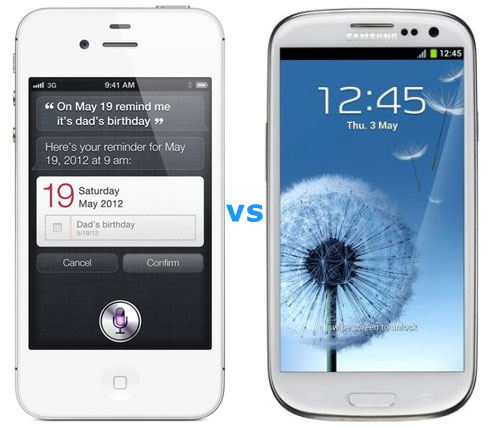 Apple’s beloved iPhone 4s has been dethroned as the top selling smartphone of Q3 2012, if the latest statistics coming from Strategy Analytics is to be believed. In Q3 Samsung’s Galaxy S3 captured 11% of all smartphones shipped globally. Just ahead of the Apple iPhone 4S, which captured one less percentage on global shipments. The race is close, and if Apple did not release the iPhone 5, perhaps they would have beaten Samsung on this Q3; since the iPhone 5 snapped up nearly 4% of the global smartphone market.

Neil Shah, Senior Analyst at Strategy Analytics, said, “Samsung’s Galaxy S3 smartphone model shipped 18.0 million units worldwide during the third quarter of 2012. The Galaxy S3 captured an impressive 11 percent share of all smartphones shipped globally and it has become the world’s best-selling smartphone model for the first time ever. A large touchscreen design, extensive distribution across dozens of countries, and generous operator subsidies have been among the main causes of the Galaxy S3’s success. Apple shipped an estimated 16.2 million iPhone 4S units worldwide for second place, as consumers temporarily held off purchases in anticipation of a widely expected iPhone 5 upgrade at the end of the quarter.”

Neil Mawston, Executive Director at Strategy Analytics, added, “Samsung’s Galaxy S3 has proven wildly popular with consumers and operators across North America, Europe and Asia. However, the Galaxy S3’s position as the world’s best-selling smartphone model is likely to be short-lived. The Apple iPhone 5 has gotten off to a solid start already with an estimated 6.0 million units shipped globally during Q3 2012. We expect the new iPhone 5 to out-ship Samsung’s Galaxy S3 in the coming fourth quarter of 2012 and Apple should soon reclaim the title of the world’s most popular smartphone model.” 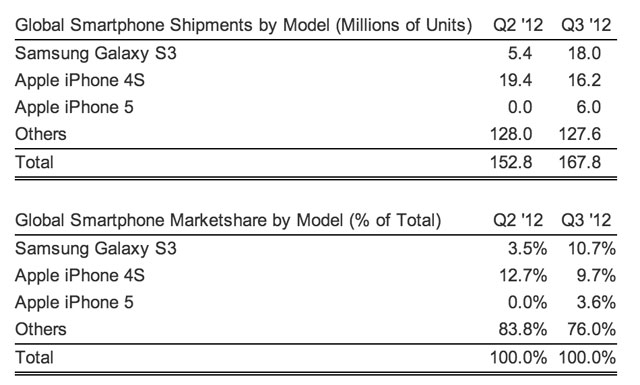