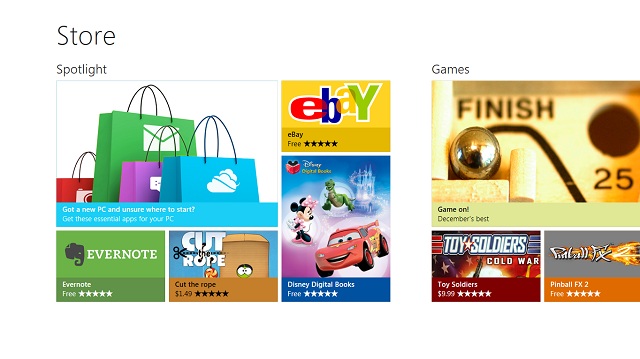 While Windows RT and Windows 8 introduce a major push forward for Windows tablets, they still have some hurdles to overcome Microsoft wants to win over more consumers. One of these hurdles is apps. The good news is that Microsoft seems to be growing their Windows Store app library very quickly.

How many apps are there? Nearly 13,000 now. Sure, that’s still a great deal less than the tablet optimized apps you’ll find on the iPad and even Android devices— but that’s also a pretty big jump for an operating system that has just launched.

If Microsoft can keep the ball rolling at this same pace, around 350 apps a day, it is very likely that the Windows Store will reach 20,000 apps by the month’s end. This is certainly a pretty good start, though they obviously have a long ways to go before they catch up. What do you think of Windows 8 and the new Windows Store? Impressed or not?