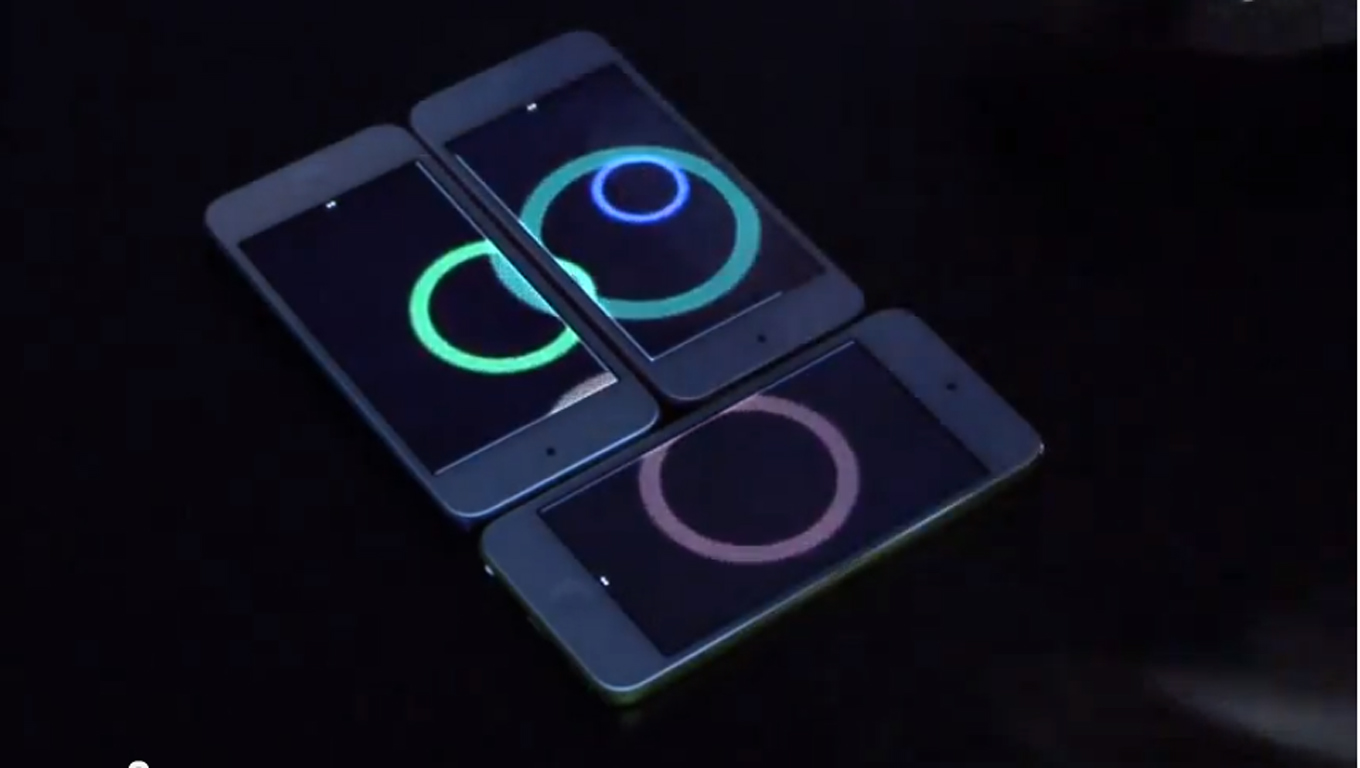 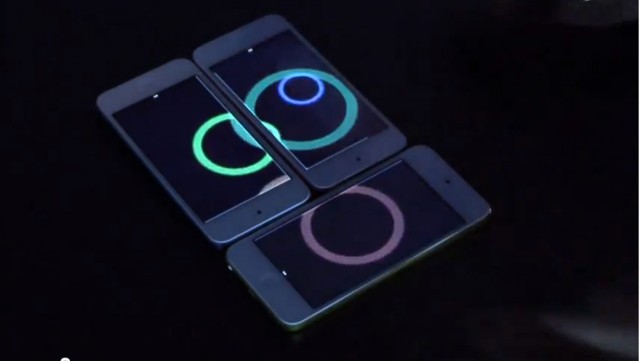 Pinch Interface is a new smart device application in development by the Tokyo University of Technology.

When using the app between two or more devices, the user can ‘pinch together’ two screens by using their thumb and index fingers both on a separate device, and pinching them together, like you would when zooming in on a web page on a normal touch screen. The screens can be lined up at any angle, whether that is vertically or horizontally, and the pictures will match themselves up automatically if they become misaligned when attached.

The devices share certain information via Wi-Fi such as screen size and device position. With this it’s even possible to connect different sized displays together, such as an iPhone and an iPad.

For now, it’d be unappealing and inconvenient to use this application to watch movies on, or showcase images, as phones have quite a thick area that is not inhabited by the screen. However, the Tokyo University of Technology wish their designs to go further than just a gimmick, and want to offer the technology to other developers.

A representative for the application was interviewed at the Digital Contents Expo, and he is very ambitious for future projects:

“You could use Pinch to develop a variety of apps. For example, with a music app, if you connect devices horizontally, you could keep playing music for a long time.”

“People probably own just one of these devices each. So, I think people could communicate in fun ways, by getting together with friends and putting their devices next to each other. In the case of advertising, I think you could create applications where people put their devices together to talk about the products.”

The technology is very smart, and as the video shows below, it seems to work extremely well.

“We’ve presented Pinch at conferences, but we haven’t shown it to the public yet. We’d like people to use this system to develop apps. So, we’re offering Pinch to developers and are basically just asking them to do something with it. We’ve just started several projects like that.”

Perhaps in the future we will have simple glass display tiles that can connect together to display movies and stills in larger spaces. What do you think?